Lovell's Food For Thought - Why Isn't Education Being Used as a Weapon the Change the World? 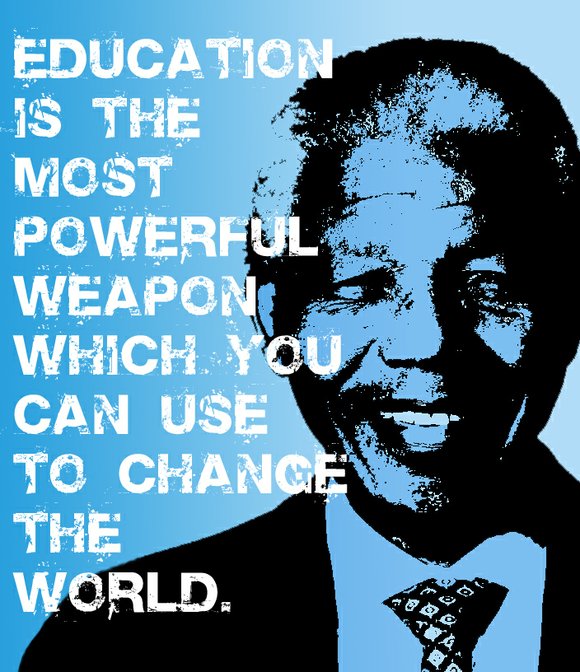 Why are we not using this weapon to address our country’s needs?

No one can change the past, but we have the power to change the future if we set our minds to it. Today over 90% of the nation's population growth is among people of color. Yet we are failing to address the educational needs of these individuals. In the words of Nelson Mandela, "Education is the most powerful weapon you can choose to change the world." Why are we not using this weapon?

Individuals like Dr. Rick Cherwitz, Founder and Director of the Intellectual Entrepreneurship Consortium (IE) in the Division of Diversity & Community Engagement (DDCE) and Professor of Communication at the University of Texas at Austin, Dr. Isaiah Warner, Vice Chancellor for Strategic Initiatives, Boyd Professor and Philip W. West Professor of Analytical and Environmental Chemistry, Howard Hughes Medical Institute Professor at Louisiana State University at Baton Rouge, and Dr. Freeman Hrabowski, President of the University of Maryland Baltimore County have attempted to fill the pipeline one student at a time.

But they need help! What is required is not a village, but villages striving for the same thing. What are these individuals doing that others should emulate?

The Intellectual Entrepreneurship is a philosophy and vision of education viewing academics as "innovators" and "agents of change" started by Dr. Cherwitz in 1996 as an associate dean in the graduate school. From 1997 to 2003 5,000 grad students enrolled in IE courses. Then, beginning in 2003, the IE Pre Grad Internship has enrolled over 2,000 undergraduate students. The program focuses on creating cross-disciplinary and multi-institutional collaborations designed to produce intellectual advancements with a capacity to provide real solutions to society's problems. Intellectual Entrepreneurship is academic engagement for the purpose of changing lives. It moves the mission of institutions of higher learning from "advancing the frontiers of knowledge" and "preparing tomorrow's leaders" to also "serving as engines of economic and social development." In the process, the role of faculty member and student evolves from that of "intellectual provocateur" to becoming what might be called an "intellectual entrepreneur."

What is most important is that 70% of IE participants are first generation, underrepresented or economically disadvantaged students, and over half pursue graduate studies. This is not a coincidence. IE shows promise as an approach to increasing the number of persons of color who attend graduate school. IE is not a targeted or remedial program; it provides opportunities for students to become entrepreneurs--to discover otherwise unobserved connections between academe and personal and professional commitments. The spirit of intellectual entrepreneurship resonates with and meets a felt need of minority and first-generation students, facilitating exploration and innovation.

This is something also found in the program started by Dr. Warner when he was recruited from Emory University to return to the state of his birth and the join the Department of Chemistry at Louisiana State University. In2000, he was appointed to the highest professorial rank in the LSU system (Boyd Professor). In April 2001, he was appointed vice chancellor for OSI with the goal of supporting the high achievements of LSU students, faculty, and staff through education, mentoring, and research. In 2002, Boyd Professor Warner became a Howard Hughes Medical Institute (HHMI) Professor, enabling him to develop and implement an innovative mentoring model for increasing success and persistence with- in undergraduate STEM education. This model has been implemented through a number of Office of Strategic Initiatives programs, and has proven to be the most effective method at LSU for creating an environment in which all students from diverse backgrounds can thrive. In 2012, LSU Chemistry produced 5 of the 62 PhD's awarded nationally to African Americans (1 in 12). In 2013, 9 African Americans received LSU PhD's in Chemistry. If the national production remains about the same, LSU will be responsible for 1 in 7 PhDs awarded to African Americans nationally in 2013. His STEM program has a graduate rate three times that of the national average. Almost 90% of the African Americans in his STEM program graduate. Eighty four percent of his STEM graduates have completed or are pursuing post-baccalaureate programs.