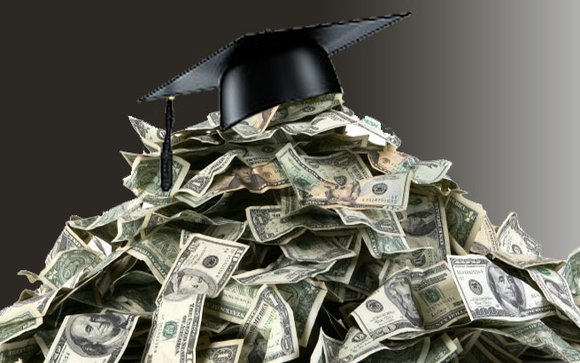 Two-thirds of students in the United States leave college with a crushing load of debt. This national debt total is now $1.2 trillion.

It's not only debilitating to the kids who owe it, it's also crippling their parents. It's a drag on the entire economy.

The Institute for College Access and Success Project on Student Debt says the average borrower is in the hole for $26,600 by the time he ends his college career.

Student loans are the equivalent of payday loans for the middle class, second only to home mortgages as the highest form of consumer debt in the nation. They account for 6 percent of the nation's $16.7 trillion debt.

These are staggering statistics. Not only have we hocked our kids' and grandkids' futures to the already-here-and-growing climate change crisis, but we've put a debt monkey on their backs that many of them won't be able to shake.

The latest proposed solution to the problem, and the one currently getting the most media attention, has come from Sen. Elizabeth Warren, D-Mass.

Ms. Warren introduced the "Bank on Students Emergency Loan Refinancing Act" in the Senate on Tuesday. The act would allow borrowers with outstanding student loans to refinance them at the same low rates offered to new borrowers in the student loan program.

But Ms. Warren's excellent bill has what is probably a fatal flaw: She's counting on passage of the "Buffett Rule" to fund it.

The rule, named after billionaire investor Warren Buffett, would increase the income tax rate on people who earn more than $1 million a year. Mr. Buffett doesn't believe that rich people should pay less in federal taxes as a portion of their income than middle- and lower-income people.

Senate Republicans disagree and killed the bill in 2012.

If that's not enough to doom Ms. Warren's legislation, another portion of the bill might be. That part would allow borrowers to refinance their private loans from lenders like Sallie Mae, once a federally chartered student loan operation, now a private company. Ms. Warren wants student-debtors to have access to low-interest loans from the U.S. Department of Education to pay off their private debt.

The private lenders deserve to eat the loss. Many of them used what the Consumer Financial Protection Bureau called "subprime-style" lending tactics in making loans to borrowers who had a slim chance of paying them back. But will they take a bath? Not with this Congress.

The main reason students and their parents have incurred high debt is the precipitous decline in state funding for higher education over the past 30 years. Forty-seven states spend less on college students now than they did in 2008, with the average state spending 23 percent less.