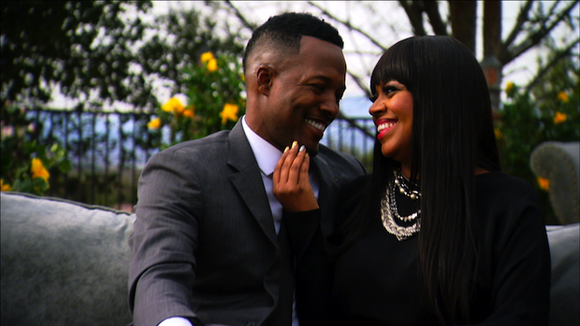 Los Angeles – OWN: Oprah Winfrey Network premieres a new primetime special “Flex & Shanice,” on Saturday, May 31 at 10 p.m. ET/PT. The one-hour special will give viewers an exclusive look into the lives of married couple, actor Flex Alexander and 90s pop singer Shanice, and their outrageous family members living under one roof.

For a sneak peek of “Flex & Shanice,” please visit: www.oprah.com/FlexAndShaniceFirstLook

Most people know 90s pop sensation Shanice for her Grammy-nominated hit song, “I Love Your Smile” and actor Flex Alexander from his hit TV show, “One to One,” but few people know this fairytale couple both faced career stumbling blocks and quickly hit financial rock bottom. Flex and Shanice realized that they needed to take their wedding vow “for richer or poorer” to heart, so with their two adorable kids, 12-year-old Imani and 10-year-old Elijah, in tow, they moved into a rental home and brought their hilarious extended family into the mix to help cover the cost. A total of nine people, including Shanice’s “momager” Crystal, make this truly a full house where anyone’s business becomes everyone’s business.

Financially things are starting to look up for Flex and Shanice. Flex has booked some gigs and confides with fellow comedian, actress and OWN star Kym Whitley on career next steps. Shanice is getting back in the recording studio, but when new gossip surfaces that her mom might have been the reason for her career troubles, Shanice turns to her former producer Babyface for advice and is forced to take a hard look at their relationship. Meanwhile Flex is faced with a major parental crisis as his daughter transitions to womanhood. “Flex & Shanice” is executive produced by Jeff Dyson and Vernon Lynch for Lynch-Dyson Entertainment. The special is also executive produced by Julie Pizzi and Patty Ivins.

About OWN: Oprah Winfrey Network OWN: Oprah Winfrey Network is the first and only network named for, and inspired by, a single iconic leader. Oprah Winfrey's heart and creative instincts inform the brand - and the magnetism of the channel. Winfrey provides leadership in programming and attracts superstar talent to join her in primetime, building a global community of like-minded viewers and leading that community to connect on social media and beyond. OWN is a singular destination on cable. Depth with edge. Heart. Star power. Connection. And endless possibilities. OWN is a joint venture between Harpo, Inc. and Discovery Communications. The network debuted on January 1, 2011 and is available in 85 million homes. The venture also includes the award-winning digital platform Oprah.com.