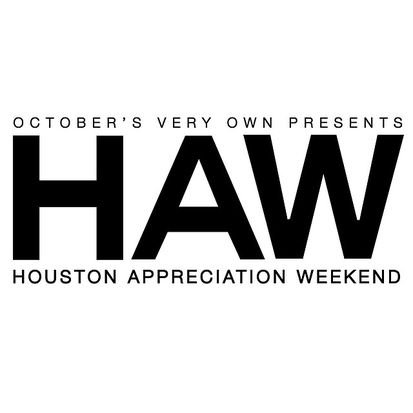 Just the other week Drake stirred things up with the announcement of his headliners for OVO Fest, unsurprisingly, it was both OutKast and Drizzy. The OVO Fest went on to sell out tickets within two minutes of the tickets going live.

We may see this happen again soon, this time, with Drake's newly-announced Houston Appreciation Weekend. Drake's love affair with the South is well-documented at this point, his father, hailing from Memphis, is partially to blame. It looks as though Drizzy is making his appreciation for the South a weekend-long thing with HAW, although the details on what exactly will happen have yet to be revealed.

Drake Instagrammed an image of the announcement, saying that dates are coming soon.

We'll update you once the details and dates for OVO's Houston Appreciation Weekend are revealed. Does this sound like something that would interest you?

At the beginning of March we got word about Drizzy's summer plans for Houston Appreciation Weekend, furthermore documenting his love for all things South. At the time, we didn't have any dates, just the general announcement.

Now we've learned the weekend for HAW will go down on June 13th until June 15th, including a series of shows/performances.

All we have now are the dates, stay tuned for ticket information/sales and line-ups.

Drake recently took a trip to Houston to visit a huge fan that is suffering from terminal cancer.

For more information go to Http://www.hotnewhiphop.com