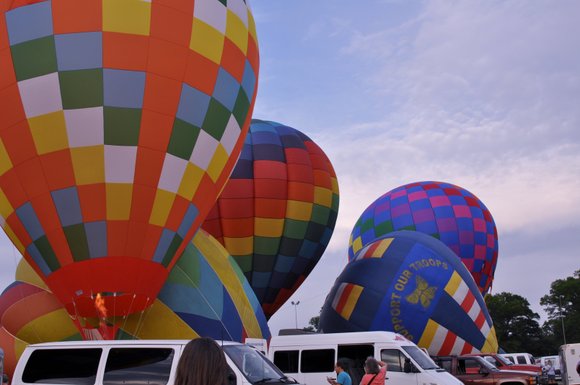 A hot air balloon that crashed and killed three people left propane tanks and a fire extinguisher along a 1.75-mile debris path after striking power lines and catching fire, the National Transportation Safety Board reported Tuesday.

The NTSB preliminary report did not provide a cause for the May 9 crash near Ruther Glen, Virginia, that occurred during a hot air balloon festival. The crash killed the balloon pilot and two passengers, both staff members of the University of Richmond women's basketball program.

The NTSB said a handheld global positioning system and three cell phones were located but didn't specify whether they were found in the debris path or the wreckage.

Those objects were sent to the NTSB lab. The report didn't say what information, if any, had been downloaded.

Not recovered were the balloon crown, crown ring, deflation port, the burner and two other propane fuel tanks, the report said.

The balloon climbed and drifted out of sight, the report said. It took two days for searchers to find the pilot's body.

The balloon was last inspected August 5, 2013, and had accumulated 270.4 hours of flying time.