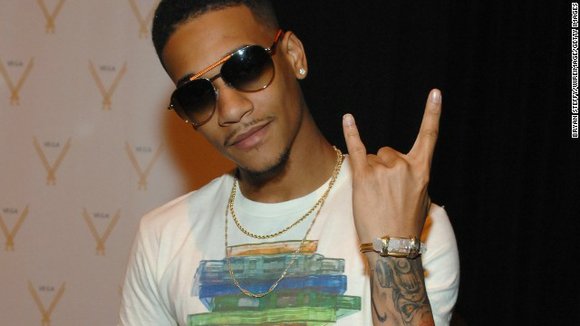 The rapper -- whose real name is Xavier Smith -- pleaded "no contest" to a felony drug possession charge and a misdemeanor vandalism count during a hearing in Los Angeles on Wednesday.

Los Angeles County Sheriff's investigators were looking for evidence that Bieber, 20, attacked a neighbor's home with eggs in January, when they arrested Lil Za for possession of suspected illegal drugs. Lab tests confirmed one of the drugs in the 20-year-old rapper's possession was MDMA, also known as Molly or Ecstasy, a sheriff's detective said.

The vandalism charge was filed after Lil Za ripped a jail phone off the wall of a holding cell while waiting to be released.

Lil Za must pay the sheriff $600 for the phone damage, along with $1,000 fine on the vandalism charge.

He was sentenced to three years probation on the drug charge. He must also attend an outpatient drug treatment program and work 20 days on a highway cleanup crew.

Judge Mitchell Block said as he sentenced Lil Za that he had noticed his good behavior during his several previous court appearances in the case. "That impresses me as someone who will take his probation seriously, get the job done that needs to be done," Block said.

Smith was represented in court by lawyer Shawn Holley, who is also Bieber's attorney.

The Los Angeles County district attorney has yet to decide if Bieber will be charged with vandalism for the egg attack. The prosecutor could decide to make it a felony case, since investigators said it caused an estimated $20,000 in damage to a Calabasas, California, mansion. It could also be prosecuted as just a misdemeanor because of the nature of the incident.

Sheriff's detectives asked for a felony charge against Bieber, but his lawyers argue that the egging was a childish prank.

For Information go to http://www.cnn.com