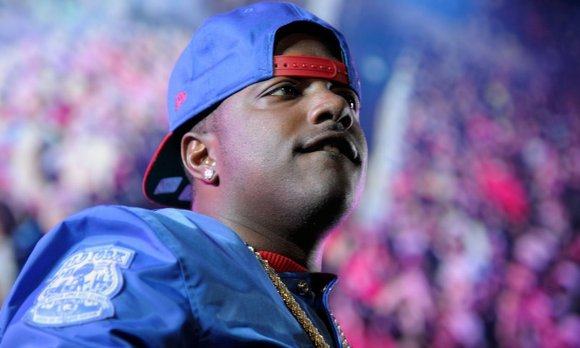 Rapping pastor Mase has had enough with his worldly wife. After filing for divorce in January, the former Bad Boy artist laid down the law to Twyla Betha. Mase, real name Mason Betha, told his wild wife she could no longer preach the gospel of Jesus because she had a penchant for getting drunk on spirits and not the Holy one.

According to reports, Twyla Betha was arrested and charged with a DUI last month. When Twyla Betha was given a breathalyzer test, she blew a .14 which is almost twice the legal limit of .008. Apparently, having a drunkard for a First Lady of his church wasn’t the move so he told her she couldn’t spread the word of God to his congregation anymore.

While many would think there would be some church members to come to the defense of the First Lady of Mase’s Atlanta church because they believe she is a hypocrite and getting arrested for a DUI proves it. They really aren’t showing any Christian compassion for Twyla Betha because one of her main things to rail against while preaching is the sin of drunkenness.

I totally understand that as the First Lady of a church you are held to a higher standard. But what happened to the old saying that gets passed around every black church on the planet “Every saint has a past and every sinner has a future”? Has passing judgment replaced forgiveness? On top of that, the congregation is glad Twyla Betha is banished for being a hypocrite and yet they choose to be apart of the flock led by a man who calls himself Murda Mase when he’s rapping secular music. Aren’t there commandments in place against murder and such? But what do I know? I’m just the grandson of some pastors who writes about worldly entertainment for a living.