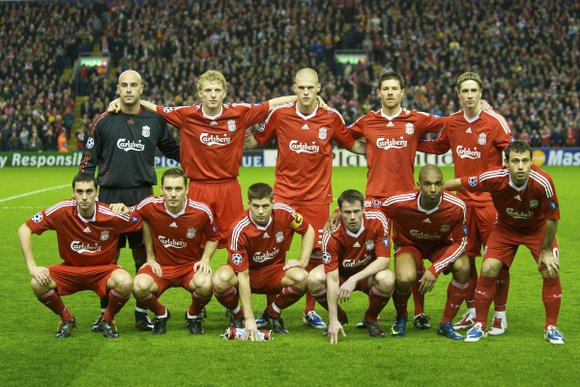 (CNN) -- Karim Benzema ensured Real Madrid's place in the last-16 of the Champions League by firing his side to a 1-0 win over Liverpool.

The France international netted a 27th minute winner after Real was made to work hard against a much-changed visiting side.

Cristiano Ronaldo, who wasted a number of opportunities, was left frustrated after failing to overturn Raul's Champions League goals record.

Ronaldo remains on 70, one behind Raul, while his chief rival, Barcelona's Lionel Messi, plays tomorrow.

Messi, who has 69, faces Ajax in Amsterdam on Wednesday and could leapfrog the Portugal star.

Elsewhere, Borussia Dortmund booked its place in the next round with a 4-1 win over Galatasaray.

But Arsenal will have to wait after somehow managing to throw away a three-goal lead to draw 3-3 with Anderlecht.

There was also a big win for Swiss side Basel, which overcame Ludogorets of Bulgaria 4-0.