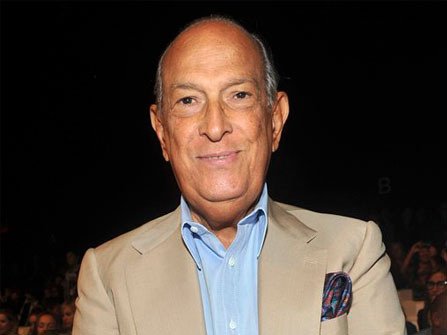 De la Renta died on Oct. 20 at his Connecticut home at the age of 82, following a battle with cancer.

The Dominican-born designer, famous for glamorous garments that combined intricate workmanship with luxurious materials, was as admired on Hollywood red carpets as he was at socialites’ soirees. Most recently, Amal Alamuddin wore a de la Renta-designed dress when she married George Clooney at a lavish wedding in Venice.

Monday’s service lasted about one hour. According to the printed program, honorary ushers included the designer’s son, Moises de la Renta; TV newsman Charlie Rose, and singer Julio Iglesias. Readings were to be given by Clinton, former Secretary of State Henry Kissinger, and former New York Mayor Michael Bloomberg, among others.