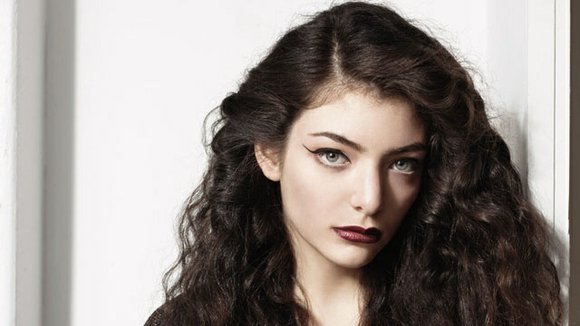 (CNN) -- Before she was a platinum-selling artist and Grammy winner, Lorde was a Kings of Leon fan.

Audio has emerged of the now-17-year-old star covering the band's hit "Use Somebody."

But five years ago, she was little Ella Yelich-O'Connor, an aspiring artist who got the opportunity to sing on her local radio station in Auckland, New Zealand.

The cover sounds pretty much like Lorde now, just a younger version who had yet to see her hit song "Royals" embroiled in controversy about race or banned because of the World Series.

Time reports that the audio has been floating around the Web for a while.

Radio New Zealand posted it with a note that said "In August 2009, long before she became 'Lorde', twelve-year-old Aucklander Ella Yelich-O'Connor and her band-mate Louis McDonald joined Jim Mora for a chat and to play a couple of songs live in the Radio NZ studio. The songs are: Mama Do (Pixie Lott Cover) and Use Somebody (Kings Of Leon Cover)."

Next up for Lorde is "The Hunger Games: Mockingjay -- Part 1" soundtrack, which she curated. It's out November 17.