Broadway To Welcome The Temptations, The Four Tops 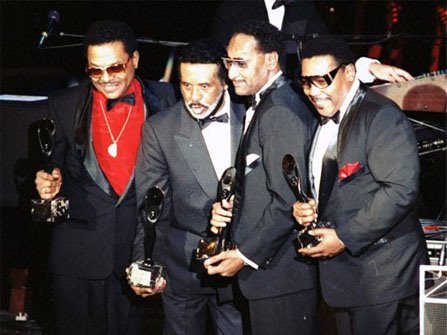 NEW YORK (AP) — The farewell to the Broadway musical “Motown” may get upstaged by a concert from some original Motown stars — The Temptations and The Four Tops.

The Temptations had hits with “The Way You Do The Things You Do,” ”My Girl,” ”Get Ready” and “Ain’t Too Proud to Beg.” The Four Tops are known for “I Can’t Help Myself (Sugar Pie, Honey Bunch),” ”Reach Out (I’ll Be There)” and “Standing In the Shadows of Love.”

The Broadway concerts will feature two surviving original band members — Otis Williams of The Temptations and Abdul “Duke” Fakir of The Four Tops.

Nearby, the show “Motown,” about Berry Gordy’s Motown Records, will be winding down its time on Broadway with songs from both groups. It plans to close at the Lunt Fontanne Theatre on Jan. 18.

The Palace Theatre has been empty since “Holler If Ya Hear Me” this summer and its next tenant will be “An American in Paris” in the spring, making the concert booking attractive. Older musicians have lately found Broadway inviting, with Barry Manilow, The Rascals and