“Cold Sweat: My Father James Brown and Me” by Yamma Brown with Robin Gaby Fisher 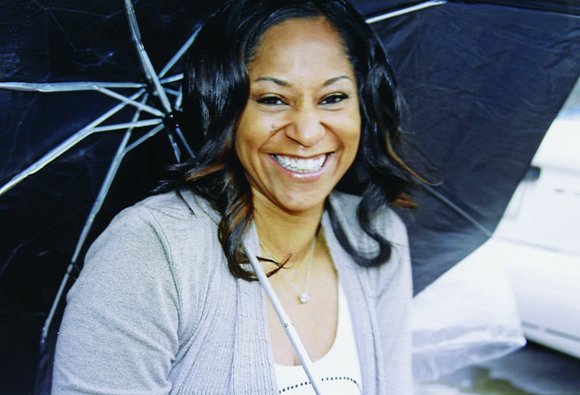 Throughout your life, your Dad taught you a lot.

He was the one holding the back of your bike the first time without training wheels. He showed you how to change a tire. He taught you to make funny sounds, one specialty in the kitchen, and the checkbook balance.

Without Dad’s influence, there’d be a lot of knowledge you’d be without – but in the new book “Cold Sweat,” you’ll see that there was one legacy Yamma Brown (with Robin Gaby Fisher) wishes her father had never left her.

She says she only lived “a few miles” from the Augusta hospital where her father James Brown was taken on Christmas Eve 2006, but she still had baking and wrapping to do that night. She told him she’d see him in the morning – but for The Godfather of Soul, there was no morning.

“I had so many sweet memories of Dad,” she says.

Brown and her sister were definitely Daddy’s Girls, pampered but not spoiled; given material things along with love and lessons of hard work. James Brown never forgot where he came from, and he made sure his children knew it, too.

But she also learned that her father had a temper, and that her mother was often the victim of his rage. Brown remembers being five years old, and hiding to avoid the sound of her father “pummeling Mom…” She recalls attacking him once, jumping on his back when he chased her mother outside, trying to get him to stop. And she remembers that, when she was seven, Brown and her sister left their father’s house with their mother, and divorce papers were filed.

And yet, Brown’s mother wasn’t the only spouse with which James Brown had a rocky relationship; there were other wives he abused, and some returned it. Perhaps because of that which she witnessed, Brown says she grew up with an internal belief that domestic abuse was normal and so, when the man she married after college began to beat her, Brown stayed with him, having “equated abuse with love…”

If you followed James Brown’s career during the last years of his life, what you’ll read here won’t be any surprise; as you’ll see, The Hardest Working Man in Show Business also had a hard-working ego that loved publicity.

The surprise in “Cold Sweat” is that author Yamma Brown (with Robin Gaby Fisher) writes about his life (and hers) with such candor, beginning with his death, an odd posthumous visitor, and three funerals. Of course, though, this book isn’t just a scandalous tell-all about Mr. Please Please Please (although there’s scandal aplenty): Brown’s tale also offers a dual look at fame and domestic abuse, and adds fuel to the question of why women endure the latter.

I liked this generational memoir. It’s remarkably unprofane, quick to read, and it gives fans exactly what I think they want in a show-biz biography. And if that sounds good to you, then enjoying “Cold Sweat” is no sweat.