Presente.org: President Obama’s Net Neutrality Plan is a Win for the Internet and Latinos 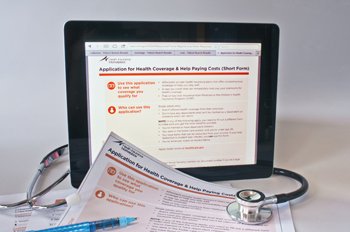 HOUSTON – (Nov. 10, 2014) – An analysis of more than 100 health insurance plans across Texas offered under the Affordable Care Act (ACA) shows that plans can differ significantly in premium cost and the number of hospitals included in insurance networks. That’s just one of the findings of a report released today by the Episcopal Health Foundation and Rice University’s Baker Institute for Public Policy.

The report examined “Silver” health insurance plans offered by insurers within the ACA’s Marketplace. Texas is divided into 26 different geographic areas, with different numbers of insurers marketing plans in each area. Consumers must purchase a plan option within the area where they live. The majority of Texans who purchased Marketplace plans chose a Silver plan.

Researchers discovered that consumers living in larger cities with more health insurance competition actually pay slightly higher premiums than consumers in smaller-population areas with fewer plans. Monthly premiums averaged around $14 less per month in smaller areas where there were only one or two insurers offering plans, compared to larger-population areas with five or more insurance companies offering many more options.

“The economics of market competition suggest that areas with more insurers and more plans should have lower premiums, but our research shows that is not happening in Texas,” said Vivian Ho, the chair in health economics at Rice’s Baker Institute, a professor of economics at Rice and a professor of medicine at Baylor College of Medicine. “Insurers may have been expecting sicker populations to enroll in large cities, because healthier people may already have coverage from large employers. Larger cities also have more hospitals offering the most-advanced treatments, which raises costs.”

Researchers found big differences in the number of hospitals available in the networks of health insurance plans. While Houston and Dallas both had plans offering networks of up to 100 hospitals, the median size of insurance networks in Texas was just four hospitals. Some insurers offered plans with no hospitals included in their network. In areas with limited hospital availability, consumers may face higher out-of-pocket costs if they visit a nearby out-of-network hospital in an emergency.

“In the upcoming enrollment period beginning Nov. 15, the number of insurers offering plans is predicted to increase,” said Elena Marks, CEO of the Episcopal Health Foundation and a nonresident fellow in health policy at the Baker Institute. “It’s important for consumers to re-evaluate their plan options to make sure they make the choice which best fits their needs. Features like premiums, deductibles and network coverage may change in the plan they currently have. New plans may also be available in their area.”

Marks said Texas is expected to have 16 insurers offering ACA health insurance plans in 2015, up from 12 in 2014. That would make Texas one of the states with the most participating insurers. Researchers also believe many of those insurers will likely continue to use limited providers in their networks and high deductibles as a way to control costs and prevent large increases in premium costs.

The full report is available online and includes a detailed list of the plans and premiums available across Texas, plus a list of hospital networks of insurance plans for each area.

The report is the 10th in a series on the implementation of the ACA in Texas co-authored by Marks and Ho.