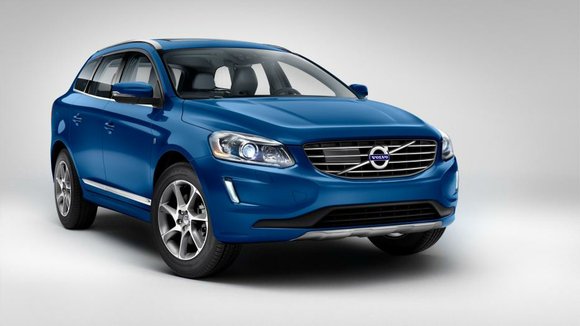 Volvo unveiled the XC60 Ocean Race edition at the Miami International Auto Show, which opened today and runs through Nov. 16. The Volvo Ocean Race edition pays tribute to one of the most grueling yachting events, a round-the-world race held every three years. The 2014-15 race kicked off just over a month ago in Spain, with 66 of the world's top sailors participating in the 38,739 nautical mile competition.

The 2015 XC60 Volvo Ocean Race edition will wear special Ocean Blue II paint on the outside, and will offer a choice of black or blonde leather on the inside, in addition to exclusive 18-inch wheels. The special features that will set this XC60 apart will include a tread plate with the "Volvo Ocean Race" inscription, orange stitching on the door planels, floor and luggage compartment mats with orange stitching and a Volvo Ocean Race rubber tag, exterior badging for the front fenders, a decorative inlay for the interior, and a unique start-up logo for the Sensus infotainment system screen.

The XC60 joins a number of other Volvo cars that have received Ocean Race special editions. Photo by Volvo

Volvo plans to offer the Ocean Race edition in both T6 Drive-E front-wheel drive and T6 all-wheel drive models, with the former starting at $43,025 and the latter at $44,525.