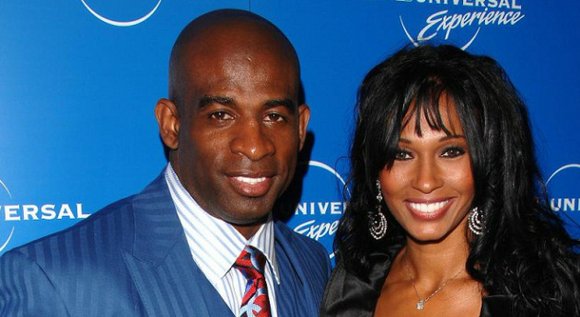 Pilar Sanders used Twitter to blast her ex-husband Deion over the weekend for calling the police when she tried to pick up their children for court-ordered visitation.

The former NFL star got sole custody of their three children following a messy divorce and the two have occasionally gone at it on Twitter – for all of their followers to see.

On Saturday, Pilar took a picture of cop cars flashing their lights and tweeted it with a message saying Deion called the cops on her even though it was her designated day with the kids.

Pilar Sanders
@PilarSanders Child Custody in Texas Parents split time-one gets every 1st, 3rd and 5th weekend and every Thursday- the other gets the remaining time