Obama: 'You can come out of the shadows' 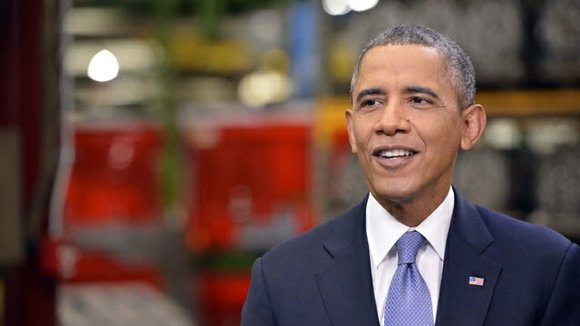 President Barack Obama is ordering the most sweeping overhaul of the immigration system in decades, despite Republican claims he is acting illegally by moving unilaterally to shield five million undocumented immigrants

WASHINGTON (CNN) -- President Barack Obama is ordering the most sweeping overhaul of the immigration system in decades, despite Republican claims he is acting illegally by moving unilaterally to shield five million undocumented immigrants.

Obama rejected accusations by conservatives that he is offering a free pass to undocumented immigrants and warned in a prime-time address that he would bolster border security and make it harder for unauthorized outsiders to get into the country.

"Today our immigration system is broken and everybody knows it," Obama said. "It's been this way for decades and for decades we haven't done much about it."

Obama is pressing ahead and making broad changes to the immigration system without the consent of Congress, which has failed to pass a comprehensive reform bill. The announcement prompted an angry response from House Speaker John Boehner.

"By ignoring the will of the American people, President Obama has cemented his legacy of lawlessness and squandered what little credibility he had left," Boehner said. "Republicans are left with the serious responsibility of upholding our oath of office."

A key element of Obama's plan is to instruct immigration authorities to target those undocumented immigrants who are dangerous rather than law-abiding undocumented parents of U.S. citizens and residents and others.

He said they will go after "felons, not families. Criminals, not children. Gang members, not a Mom who's working hard to provide for her kids."

"We'll prioritize, just like law enforcement does every day," he said.

The changes will offer those who qualify the chance to stay temporarily in the country for three years, as long as they pass background checks and pay back taxes. But they will not be offered a path to eventual citizenship or be eligible for federal benefits or health care programs. And, in theory, the measures could be reversed by a future president.

"If you meet the criteria, you can come out of the shadows and get right with the law. If you're a criminal, you'll be deported. If you plan to enter the U.S. illegally, your chances of getting caught and sent back just went up," Obama said.

The President argued that ordering a mass amnesty would be unfair but mass deportation would "be both impossible and contrary to our character."

Republicans are slamming Obama's use of executive authority as a mammoth presidential power grab. But Obama said he was acting in a manner consistent with action taken by Republican and Democratic presidents.

"To those members of Congress who question my authority to make our immigration system work better, or question the wisdom of me acting where Congress has failed, I have one answer: Pass a bill."

Officials insist that Obama's moves are deeply grounded in law and constitutional precedent, despite claims by Republicans that they represent an unlawful overreach of his authority as president and his oath of office.

"The actions you see here reasonably sit within his powers," one senior administration official said. "I think that they are bold and they are aggressive but they are in keeping with precedent."