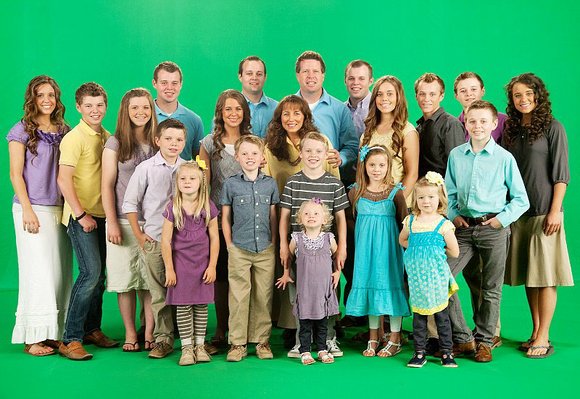 That's the amount who have signed a Change.org petition to have the show canceled in light of what the petition calls the Duggar family's anti-LGBT stance.

According to the petition, Michelle Duggar's voice can be heard on a recorded call from this past summer urging the citizens of Fayetteville, Arkansas, to vote to repeal a law that forbids business owners and landlords from evicting and firing people based on gender identity.

"The Fayetteville City Council is voting on an ordinance this Tuesday night that would allow men -- yes I said men -- to use women's and girls' restrooms, locker rooms, showers, sleeping areas and other areas that are designated for females only," the petition reports Duggar as saying on the robocall. "I don't believe the citizens of Fayetteville would want males with past child predator convictions that claim they are female to have a legal right to enter private areas that are reserved for women and girls."

"Just because someone is transgendered doesn't mean they are a child predator or a rapist," the petition says. "The claim that this ordinance would provide predators with access to women's restrooms in order to assault or leer at girls or women is nothing more than fear-mongering and spreading ignorance and hatred."

The Duggars are known for being devout Christians who don't believe in practicing birth control and whose children follow courtship rules that include no kissing until their wedding day.

The petition also says that the Duggars' oldest son, Josh, has taken a job with the Family Research Center, which the petition says "is such a hate-filled, anti-gay organization that the Southern Poverty Law Center in 2010 labeled it a 'hate group' for its 'dissemination of false and demonizing propaganda about gays and lesbians.' "

The movement comes on the heels of controversy about a recent posting on the Duggars' "official" Facebook page.

After their newly married daughter Jessa was criticized for sharing an Instagram photo of herself kissing her husband Ben Seewald, Michelle and Jim Bob Duggar posted an image of themselves kissing and challenging others to do the same.

John Becker, who blogs about LGBT issues at The Bilerico Project, wrote that pictures of same-sex couples were deleted.