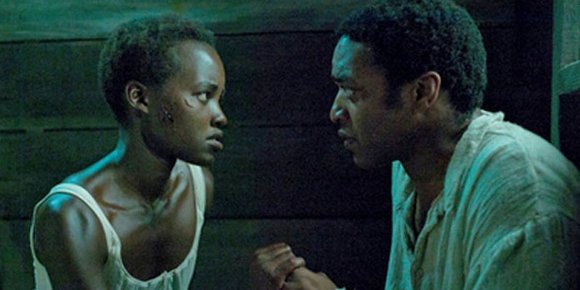 With Hunger, Shame and most recently 12 Years A Slave, director Steve McQueen has proven himself incredibly skilled where it comes to making dark dramas that claw at the audience's emotional soul, but for his next project he will be working with material just a shade lighter. After telling stories of hunger strikes, sex addiction and slavery, he's ready to tell a story about a group of women teaming up for a heist.

The Hollywood Reporter has the news that director Steve McQueen has chosen his next project to follow the Best Picture Academy Award-winning 12 Years A Slave, and it will be a big screen version of Widows - based on the 1983 British television series of the same name. Said to be a project with dominant themes of female empowerment, the story begins when a group of men who are killed while attempting a dangerous heist. In the wake of this, the criminals' surviving wives discover their detailed plans and decide to team up and pull off the job themselves. There will be a few changes made from the original, including the plot unfolding in the setting of a modern United States city. Also, while the show only had three central characters, the feature version will be bumping that number up to four.

Steve McQueen has been a fan of Widows for a long time - it having been first released when he was a teenager - and he is at a point in his career where he believes it can be made. Originally the property's rights were owned by Disney, but they were recently sold to New Regency - which was the studio that took a chance on McQueen's vision and helped him make 12 Years A Slave (a controversial project in its inception). McQueen will be writing the screenplay for the movie himself, and will also be producing alongside The King's Speech's Iain Canning and Emile Sherman. It's expected that the title will change before the movie hits theaters.

At this point it's hard to say exactly how quickly this project will come together, but if all of the pieces can be put in place to start production next year we could see Widows (or whatever it ends up being called) somewhere on the 2016 release schedule. Hopefully we'll start hearing casting rumors soon, as one can imagine every age-appropriate actress in Hollywood wanting to be a part of this film. That being said, we can also probably bank on Michael Fassbender playing a role, given that he has had large roles in all of McQueen's films thus far. Maybe this time around he'll just have a brief appearance, playing one of the husbands that are killed in the opening sequence. It certainly would be an interesting cameo.