Flournoy out as possible Hagel replacement 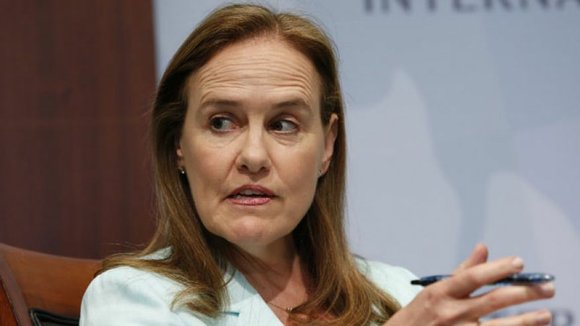 The same source says that she informed the President of her decision last night.

Yet another one of the names floated to replace outgoing Defense Secretary Chuck Hagel has removed themselves from consideration for the role.

According to a source familiar with the process, Michèle Flournoy, former undersecretary of defense for policy, sent a letter Tuesday to the Board of Directors of The Center for a New American Security, a Washington, DC, think tank where she serves as CEO, that "family concerns" drove her decision.

The same source says that she informed the President of her decision last night.

Flournoy is the third big name to remove themselves from the consideration process, after the President announced Hagel's resignation on Monday.

On Monday afternoon. a spokesperson for Democratic Sen. Jack Reed, who served in the Army's 82nd Airborne, said he "loves his job and wants to continue serving the people of Rhode Island in the United States Senate."

Another name that has been floated is Sen. Carl Levin, of Michigan. But an aide to Levin tells CNN that the retiring Armed Services Committee chairman has not been approached by the White House yet and he is not interested in the job.

Levin is 80 and has served six terms in the Senate.

A senior administration official said the President still wants to make his pick "as soon as possible."

"Days not weeks," the official added.

The official also said that the President's preference remains that he wants somebody who is steeped in the inner workings of the Pentagon. The development that Flournoy had removed herself from consideration took several officials by surprise.