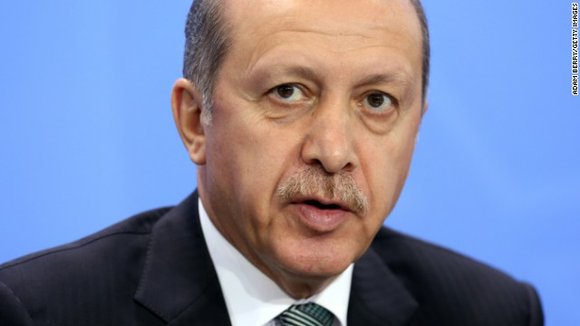 This made Turkey the lowest-ranking country in the whole of the Europe and Central region, although it had made progress in its overall score and rank since the previous year, the report's authors said.

ISTANBUL (CNN) -- Women's rights groups responded angrily Tuesday to comments by Turkish President Recep Tayyip Erdogan that women and men are not equal "because their nature is different."

Eight groups signed a statement condemning his remarks as violating the national constitution and international agreements, saying he aimed to "denigrate decades of effort by women's movements for gender equality."

Activists planned to hold a march later Tuesday to mark the United Nations' International Day for the Elimination of Violence Against Women.

Erdogan kicked off the firestorm Monday at a summit hosted by an Istanbul-based women's group, when he said women's "equality before justice" was what was key, rather than actual equality.

"Equality is turning the victim into an oppressor by force or vice versa. What women need is to be able to be equivalent, rather than equal, so it is justice. That is what we need," he said.

"You cannot bring women and men into equal positions; that is against nature because their nature is different."

Erdogan also told the event, organized by the Women and Democracy Association, that a woman cannot do every job that a man can do because "it is against her delicate nature."

Hailing the achievement of motherhood, he cited the needs of pregnant women or nursing mothers as examples of why women could not be equal to men in the workplace.

According to Turkey's semiofficial Anadolu news agency, Erdogan also insisted his government has always been behind women in their struggle for equal rights and said it would continue to support them.

However, in their joint statement, the women's groups said Erdogan was spouting rhetoric he first voiced in 2010 and that he had shown no intention of changing track.

They also argued that the rejection of universal equality is an important factor in increased violence against women.

"We ... believe that equality is not a bargaining chip but a democratic and universal right and that we will not give up on striving for equality," the statement said.

"We reject the rhetoric which we believe is an effort to take back rights which were attained by women nearly 100 years ago."

This made Turkey the lowest-ranking country in the whole of the Europe and Central region, although it had made progress in its overall score and rank since the previous year, the report's authors said.