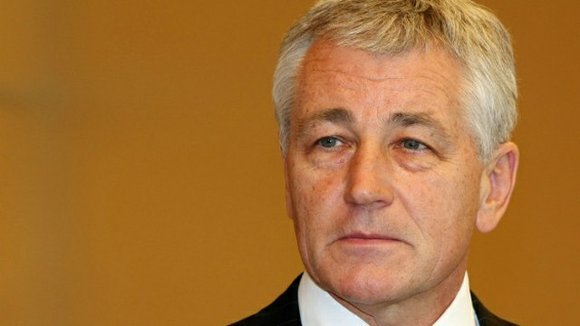 WASHINGTON (CNN) -- The White House has a big problem on its hands: finding someone to replace Defense Secretary Chuck Hagel, who was pushed out of the administration this week.

Since Michele Flournoy withdrew her name from consideration on Tuesday, there is a growing sense that many potential candidates may be shying away from the job due to the short time frame they would be in office and concerns over how independently they can function from the National Security Council, according to both current and former senior administration and congressional officials.

Flournoy cited family reasons for her decision to withdraw her name, but several administration officials say the decision came as a surprise because she had known she was on the short list of candidates being vetted. Another name now being widely circulated is former Deputy Defense Secretary Ashton Carter---who is widely credited with reforming cumbersome and expensive weapons acquisition procedures and programs, but who had clashed in the past with White House staff as well.

The scramble to find a new defense secretary comes as new details emerge over Hagel's departure from the administration. Hagel submitted his letter of resignation on Monday after it became apparent over a series of meetings with President Barack Obama that the president no longer wanted him in the job.

Obama and Hagel had three conversations since late October, the last one being on Nov. 18.

"If you have three conversations with the President, you know where things stand", the official said.

After the final conversation, Hagel has a personal sense of "inevitability" he would resign, rather than wait to be fired, the official said, describing to CNN in detail the secretary's actions and thinking.

The official said Hagel rapidly came to the conclusion after that final meeting he "would not put up a fight," to keep his job, but would instead resign "giving the President options" to chart a different course. Hagel views his decision somewhat in military terms, when an officer submits his resignation knowing he will otherwise be fired.

The official said Hagel is "at peace" with his resignation and believes it was the honorable thing to do.

"He knew he wasn't wanted," the official said.

Hagel has been criticized for being a secretary who implements White House policy rather than being a dynamic member of a tight inner Obama circle offering new ideas and options. But this official strongly disputed portions of that characterization, saying "even John Kerry isn't a member of that circle," referring to the secretary of state.

While Hagel may not have regularly spoken up in large meetings, he did seek to be involved the official says. In September, he wrote a memo for Obama and the NSC to "make the case" that the administration needed to look for more "creative and active ways to deter Vladimir Putin," the official said.

Behind the scenes, Hagel had grown deeply frustrated by the decision making process at the NSC, which is universally described as "micromanagement." Hagel joins former defense secretaries Leon Panetta and Robert Gates, who have also detailed NSC interference in both of their books and recent public appearances.