'I couldn't move': Patients who wake up during surgery 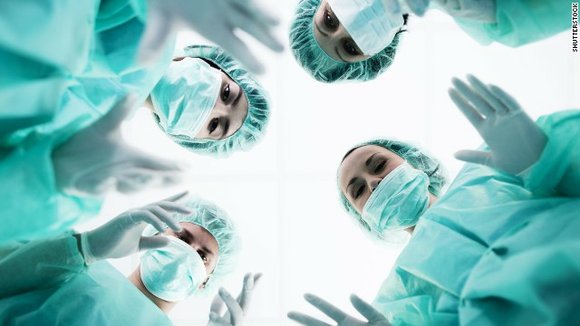 Therapists were bewildered that Kristen's son, who now suffers from PTSD, had such vivid memories of the surgery. He has nightmares, flashbacks, and extreme anxiety from triggers in everyday life, Kristen says. "This has been a life-altering event for us."

(CNN) -- "I was awake but paralyzed," says Carol Weihrer as she recalls undergoing eye surgery in 1998.

"I could hear the surgeon telling his trainee to 'cut deeper into the eye,'" she says. "I was screaming, but no one could hear me. I felt no pain, just a tugging sensation. I tried to move my toes or even push myself off the operating table, but I couldn't move. I thought I was dying."

The Reston, Virginia, resident inadvertently woke up during surgery, an infrequent phenomenon called "accidental awareness during general anesthesia." She's been struggling with post-traumatic stress disorder ever since.

"I've had to sleep in a recliner for the last 16 years," Weihrer says. "If I lie flat, I get flashbacks of the operating table and I start violently thrashing."

Fortunately, anesthetic awareness is rare. But new research is shedding light onto risk factors and the devastating psychological effects the phenomenon can have on patients who experience it, especially those who are awake and paralyzed.

According to the largest study of its kind recently published in the journal Anaesthesia -- in which researchers surveyed more than 3 million patients who received general anesthesia in the United Kingdom and Ireland -- roughly one in 19,600 patients "accidentally" wakes up during surgery.

Previous studies in the United States reported a far higher rate of one in 1,000 surgical patients. However, cases of anesthetic awareness in the new study were reported voluntarily by patients, which could misrepresent the true number. Researchers did find that certain surgeries requiring "lighter" anesthesia, like emergency C-sections, carried a higher risk -- a rate of one in 670.

Most incidents of anesthetic awareness occurred among patients who had received paralytics as part of their anesthetic cocktail -- presumably since they couldn't move to alert doctors to the fact they were regaining consciousness.

Contrary to folklore, awareness was most likely to occur when patients were being put to sleep before surgery started or after the surgery had ended -- not when the surgeon was actually operating.

Patients described a range of sensations, including choking, paralysis, pain, hallucinations, and near-death experiences. Most episodes were short-lived, with 75% of them lasting under five minutes.

Despite this, nearly half of all patients who were conscious during surgery had long-term psychological consequences such as PTSD and depression.

Among the symptoms experienced during the event, paralysis was the most distressing to patients -- more so than pain, says professor Jaideep Pandit, consultant anesthetist at Oxford University Hospitals and lead author of the study.

"Paralysis is terrifying and has never been experienced by most people," Pandit says.

In the United States, more than 21 million patients receive general anesthesia. Experts estimate that roughly 26,000 of these patients experience anesthetic awareness. Even if we applied the relatively low rate found in this new study, at least 1,000 Americans each year would still wake up during surgery.

And "even one is too many," says Dr. Daniel Cole, vice president of the American Society of Anesthesiologists.