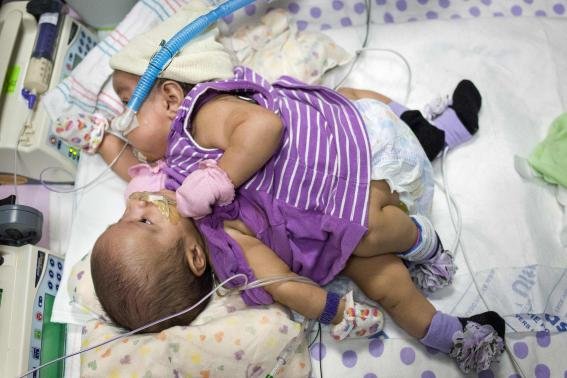 According to Reuters, conjoined 6-month-old twin girls will begin to undergo tissue expansion this month to stretch skin that will be used to cover patches of their bodies when they are separated in a surgery planned for December.

The tissue expansion for Knatalye Hope Mata and Adeline Faith Mata is expected to take six to eight weeks. The girls are joined at the abdomen and share a liver, diaphragm, pelvis, intestines and the lining of the heart.

The girls were born via cesarean section at nearly eight months' gestation and will be separated at Texas Children's Hospital in Houston by a team of surgeons in a long and arduous procedure.

The surgery will occur in two shifts with teams of pediatric, urological, plastic, orthopedic, cardiac and gynecological surgeons. The separation team will start and the reconstruction team will complete the process.

For the full story, visit Reuters.com.