Predicting the top medical innovations for 2015 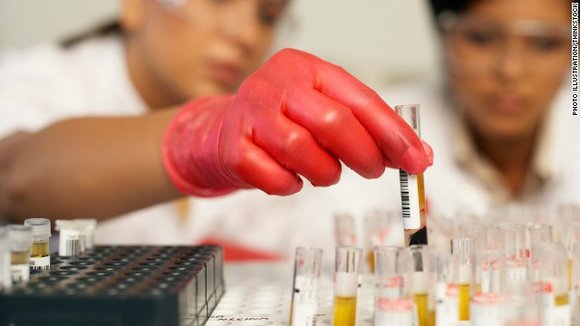 (CNN) -- Can we predict the future of medicine? Although designer babies and a disease-free world may or may not come to pass, you can get a glimpse of the most promising and upcoming medical innovations each year, via the Cleveland Clinic.

The clinic's Top 10 Medical Innovations list contains treatments and technologies that are expected to significantly change patient care and save lives.

To be considered, each innovation must have a good chance of widespread implementation in the upcoming year, says Dr. Michael Roizen, chief wellness officer at the Cleveland Clinic and chairman of the committee that decides the list. The committee must also expect it to have a significant impact on a large part of the population.

The process starts with a panel of Cleveland Clinic physicians and scientists who submit their ideas. These suggestions, which Roizen said totaled about 700 for the 2015 list, are then narrowed down and voted on by 40 physicians in a variety of health fields.

Videoconferencing has made its way into ambulances, specifically for treating stroke victims on the go. Hospital stroke neurologists can interpret symptoms via a broadband video link and instruct an onboard paramedic, critical care nurse and CT technologist on treatment. This new technology should improve the speed of medical care, which is important as strokes quickly damage and kill brain cells.

The World Health Organization reports that about half of the world's population is now at risk for dengue fever, which up until now was preventable only by avoiding mosquito bites. The disease is a leading cause of death and illness in children in some countries. A new vaccine has been developed and tested, and is expected to be available in 2015.

For those who hate large needles, a nearly painless way to sample blood will be a welcome relief. Plus, it will be cheaper and provide faster results than today's blood test. The new technology takes blood from your fingertip, and the Cleveland Clinic reports that over 100 tests can be performed on just one drop of blood.

New self-injectable drugs called PCSK9 inhibitors have shown to be very effective in lowering cholesterol. These drugs may prove to be helpful for people with high LDL cholesterol who don't have good results with statins. The FDA is expected to approve the first PCSK9 in 2015.

Although chemotherapy can save lives, it can be hard on the body and attack healthy cells as well as cancerous ones. A welcome breakthrough in the world of cancer treatment, antibody-drug conjugates can deliver targeted treatment without damaging healthy tissue.

Immune checkpoint inhibitors have been shown to prevent cancer cells from "hiding" from the immune system, allowing the body to more effectively fight these abnormal cells. Combined with chemotherapy and radiation treatment, the drugs have shown significant, long-term cancer remissions for patients with metastatic melanoma, one of the most deadly forms of cancer.