Man Kills Three Children at Chinese School Then Kills Himself

Man kills children then jumps to his death 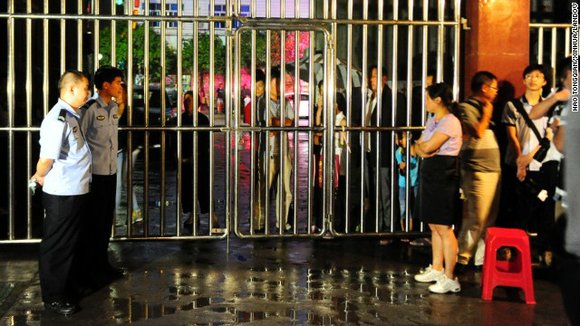 The new school year in China began Monday with a horrifying attack.

A man stabbed to death three children at a primary school in central China and then committed suicide by jumping off a building, state media reported.

Wielding a knife, the man stabbed eight students and a teacher before he took his own life, the report said.

Monday was the first day back at school after the summer vacation for most students in China.

The report only gave the man's surname of Chen. It said police are investigating the case.

The attack happened in Yunxi county, in the administrative region of Shiyan city.

A member of staff at the local education authority who answered a call from CNN said the only information available was in Xinhua's report. Police in Shiyan didn't answer repeated phone calls.

Xinhua said it wasn't immediately clear how the man got into the school campus.

China suffered a spate of knife and cleaver attacks targeting school children in 2010.

A number of measures were introduced at the time, including increased security at schools across the country and a regulation requiring people to register with their national ID cards when buying large knives.