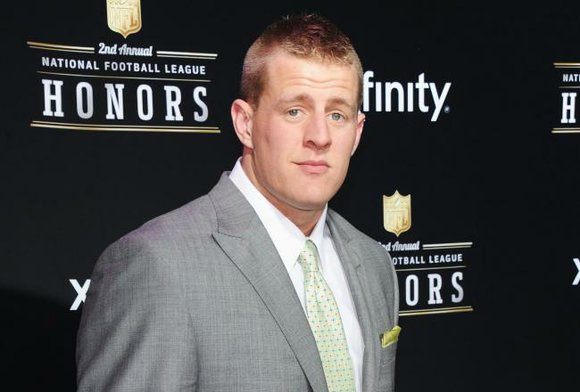 He said in August that he hoped he had earned a new contract.

"With the new [collective bargaining agreement], I think one of the goals was to make guys earn their pay," Watt said. "No more big paydays up front. Make guys go out there and play, show that they've earned it.

"So I think when a team gives a big contract after the third year, they're saying, 'Listen, we think you've earned this.' I don't know if [the Texans] feel that way or not, but I sure hope I've put in all the work, and I've put in everything I can do to hopefully earn it."

Also in August, Texans owner Bob McNair said the team would redo Watt's deal early only if it made sense for the team.

"It's going to be a big contract," McNair said at the time. "If we can do something with him that makes sense for the team to do it early, we'll certainly do it."

The Texans picked up a fifth-year option on Watt's contract in May that locked him in at a salary of $6.969 million for the 2015 season. The sides had some preliminary discussions before the team picked up the option.