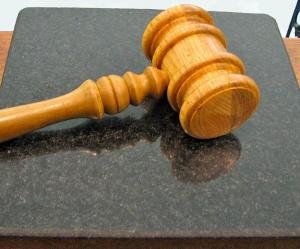 “Context matters greatly in this case. Texas adopted its restrictive, discriminatory photo ID law in response to the substantial recent population growth of Black and Latino communities in Texas,” said Ryan P. Haygood, Director of LDF’s Political Participation Group. “In the past 10 years, Texas’s population has grown by 4 million people, 90 percent of which are people of color. This demographic shift presented Texas with an important opportunity to welcome its rich diversity by expanding its electorate. Instead, it chose a more insidious and illegal course of action: to intentionally erect one of the nation’s most strict photo ID laws in an effort to minimize the growing political power of voters of color. Fortunately, the Voting Rights Act and the United States Constitution prohibit that result.”

“Although Texas has yet to identify a single instance of in-person voter fraud, the State nevertheless insists that a racially discriminatory photo ID law is necessary to prevent it,” said Natasha Korgaonkar, LDF Assistant Counsel. “But here’s what we know: an estimated hundreds of thousands of registered voters, a significant number of whom are voters of color, lack acceptable photo IDs under SB 14. In particular, Texas’s photo ID law imposes significant burdens on young Black student voters, many of whom have relied on student IDs to vote in past elections."

LDF and WilmerHale seek to block the discriminatory photo ID law, and have petitioned the federal court to “bail-in” the State of Texas to require the State to receive preclearance review of all future voting changes in the State because Texas’s implementation of its photo ID law continues its serial attempts to limit, rather than expand, voting opportunities for people of color in Texas.

Read LDF’s complaint and a live-blog of the trial.

The NAACP Legal Defense and Educational Fund, Inc. (LDF) is the country’s first and foremost civil and human rights law firm. Founded in 1940 under the leadership of Thurgood Marshall, LDF’s mission has always been transformative: to achieve racial justice, equality, and an inclusive society. LDF’s victories established the foundations for the civil rights that all Americans enjoy today. In its first two decades, LDF undertook a coordinated legal assault against officially enforced public school segregation. This campaign culminated in Brown v. Board of Education, the a unanimous landmark Supreme Court decision in 1954 that overturned the “separate but equal” doctrine of legally sanctioned discrimination, widely known as Jim Crow.

We have been a separate organization from the NAACP since 1957. Please refer to us as “LDF.”