Lovell's Food For Thought - Perception versus Reality Part I

Explaining White privilege to People, Especially Some People of Color 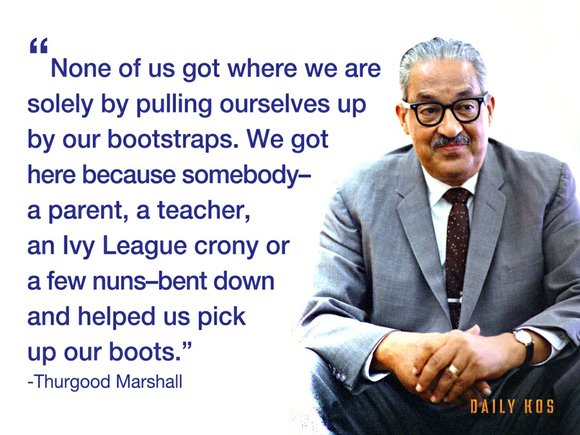 I came across this blog written by Gina Crosley-Corcaran called “Explaining White privilege to a Broke White People. Well, after hearing a few African Americans who have succeeded say that racism and “white privilege” does exist and did not block their ability to achieve, I thought I would review Peggy McIntosh’s “white privilege: Unpacking the Invisible Knapsack” and share a few thoughts and questions about “white privilege.” These are paraphrased from what was asked by Gina Crosley-Carcaran in her article.

Mr./Ms. African American who has succeed can you turn on your television or open the front page of your local and/or national newspaper and see people of your race widely represented in a power light, and please don’t mention the ‘Bill Cosby Show?

Ok, if a traffic cop stops you and pulls you over, what do you think that interaction will be like, especially in a predominantly white neighborhood or an area of town that you are not perceived to belong in? Think of the recent altercation of the black producer in Hollywood who went to pull money in a parking meter only to end up in jail. Ok, this may not apply to some of you if you are being driven around in a limo.

If you should need to move, could you be pretty much assured of renting or purchasing housing in an area which you can afford and in which you would want to live. Ok, for some of you, you can hire someone to do this. But if you had to do it on your own, what do you think the results would be? Ok, you live in a neighbor few can live in and can be pretty assured that your neighbors in such a location will be neutral or pleasant to you. Well, it may be hard for you to think about the rest of us, but try.

Now this one may apply to you when you go out. Can you go shopping alone most of the time and are pretty well assured that you will not be followed or harassed?

I just came across an article in Inside Higher ED entitled “New approaches to attacking the racial /economic achievement gap (essay) (Attacking the Opportunity Gap)” by two white males David Bergerson and Scott Greytak. I do agree that programs that values (there is that word again), “socioeconomic status, place (geographic diversity), and race will produce both higher economic diversity and higher racial diversity than either race alone (affirmative action) or class alone. Such a program as the Intellectual Entrepreneurship program exists in the Division of Diversity and Community Engagement at the University of Texas Austin. It has proved to be successful without ignoring the fact that racism and “white privilege” is still an issue. As I often say, we all have biases. It is not that we have the bias; it is what we do with it. They have managed to develop and implement a program where over 70% of its interns are from underrepresented groups.

So I go back to where I started this piece, the idea that some people, including some people of color, specifically African Americans, think that racism (perception, stereotyping, and bias) still do not place effective road blocks in the path of the majority of individuals of color and that “white privilege” does not exist anymore. Let me be clear, I am not saying that one should use these as excuses for not succeeding. What I am saying is that people need to be aware that these still exist and that they are impediments to this nation reaching its full potential. Again, only when we realized that we still have these deep seeded biases based on race and/or skin color, will we truly overcome. Whether we want to realize it or not, the issue of “white privilege” plays out in a vast array of circumstances in American society everyday. Only when we realize that we need to have an open and honest dialog about these issues, will we begin to heal and start on that path to a colorblind society.

Let me close with one example that is in the news today, the shooting of unarmed African American men. The Houston Police Department is one of the most diversity police department in the nation in the most diverse city in the nation. Why do I point this out? Has anyone asked the question of why in recent times a policeman in Houston has not killed an unarmed person of color in the numbers we are seeing across the nation. Remember it is the fourth largest city in the United States with reportedly one of the largest number of black citizens living within it’s city limits. Think about it. I am not saying that they are perfect. But who you are equal what you think and in turn helps develops the perceptions you act upon. To me, the diversity of the Houston Police Department presents the value of diversity in how we should begin to interact with each other.

Again we continue not to address the issues of racism and “white privilege.” The results of such is the devaluation and dehumanization of a group of people. Saying such issue or ignoring it existence will not solve the problem. You know we can start to address this issue by truly address the issue of diversity, like Houston Police Department. Are we can watch the increase in health disparities like that in City of Houston by having a medical center that lacks diversity. Yes, the perfect example of both in the same city. An example of diversity beginning to lead to a significant reduction in unarmed black males being shot by white police and the lack of diversity leading to increased deaths from health inequities. Think about if we carry this over to the same positive efforts of diversity of other sections like education.

The full potential of this nation will only be realized when we truly start to address the negative impact of racism and “white privilege; only then and only then. There are some many examples of the economic benefit of such until you constantly ask the why question of why not. Is it fear? Well, that might be the topic of another piece. Right now, let just say that it all boils down to the word VALUE. What you VALUE you treat with respect and dignity. Think about is as we strive to a “colorblind” society.