Summer Rewind: Looking Back at 1994 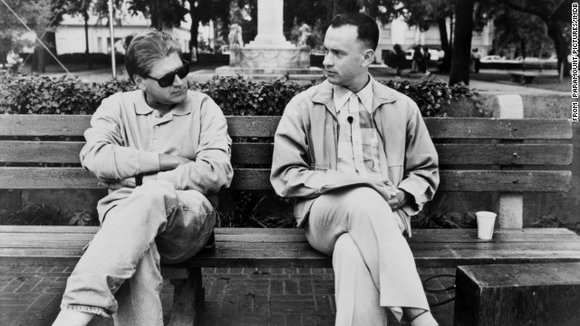 "My mama always said you've got to put the past behind you before you can move on."

Wiser words were never spoken, Mr. Gump. But this summer, we've been ignoring Mama Gump's sage advice and looking back at summers past in search of a little nostalgic kick.

First, we revisited the "Freedom summer" of '64, then the "Me" summer of '74 and finally the totally tubular summer of '84. Now, as the end of the season draws near, let's revisit some of the most notable moments from 20 years ago, the summer of 1994.

Inspirational movies reigned supreme, electro-pop and boy bands ruled the radio, and the "crime of the century" was the talk of the country. Here's more on the summer that was:

"The Lion King" taught moviegoers young and old about the circle of life via the coming-of-age adventure of a young lion cub named Simba. With a little musical help from his friends, a warthog, a meerkat and Elton John, the movie became a roaring multiplatform success: After its June 15 release, the animated musical earned multiple Golden Globe, Oscar and Grammy nominations and was the highest-grossing film worldwide that year.

Meanwhile, the domestic box office was dominated by a simple man. His name? Forrest, Forrest Gump.

That summer, we also met "The Flintstones" in a live-action film that was received poorly by critics but ran the box office for several weekends after its May 27 release date. Thirty-two writers famously worked on the script, but one key line still remained: yabba-dabba-doo!

"The Mask" was another sssssmokin' late-summer hit: The slapstick comedy starring Jim Carrey and Cameron Diaz made more than $23 million on its opening weekend of July 29.

And no summer movie season is complete without an action film -- or three: "True Lies," "Speed" and "Clear and Present Danger" all screeched onto the big screen in the summer of '94.

Swedish pop group Ace of Base showed no signs of stopping with two hits that summer: "The Sign" and "Don't Turn Around."

Listeners swore by the soulful harmonies of All-4-One's "I Swear," which dominated the Billboard Hot 100 charts for 11 straight weeks. During the week of August 6, the top spot went to "Stay (I Missed You)" by the bespectacled Lisa Loeb after the song's appearance in the post-grad film "Reality Bites."

Loeb was usurped after three weeks by another all-male vocal group, Boyz II Men, and their single "I'll Make Love to You."

Hockey's New York Rangers ended their 54-year wait for the Stanley Cup with a defeat of the Vancouver Canucks in game seven of the finals on June 14, 1994.