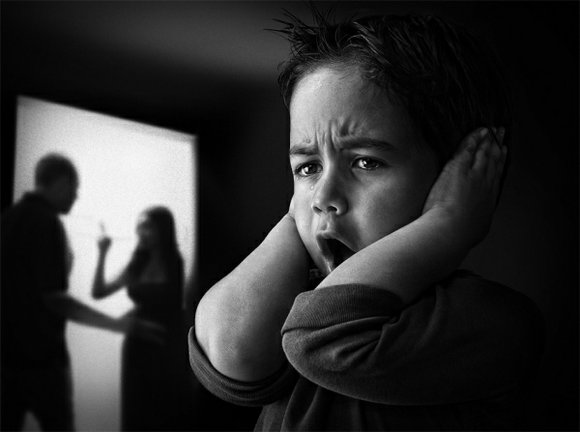 Editor's note: Kelly Wallace is CNN's digital correspondent and editor-at-large covering family, career and life. She is a mom of two girls. Read her other columns and follow her reports at CNN Parents and on Twitter.

(CNN) -- When a case of domestic violence captures the national headlines like the story of fallen NFL star Ray Rice and his wife, Janay, there's a laser focus on the abuser and the victim.

But what about the children?

Ray and Janay Rice have a 2-year-old daughter.

We don't know if she has ever witnessed domestic violence in her household or ever will. What we do know is more than 3 million children have witnessed it in their homes every year, according to estimates. What those children see and hear can have a profound impact on their lives, experts around the country who deal with domestic violence tell CNN.

"It does have effects. No matter how much you believe it is hidden from them or out of sight, children know what is happening and they worry and they stress," said Katie Ray-Jones, president and chief executive officer of the National Domestic Violence Hotline.

Ray-Jones points to research that shows that 90% of children in homes where there is domestic violence know it is going on.

"This means these young people are living with the stress and anxiety of their parents hurting each other verbally and physically and carry that when at school, on the playground or at the dinner table."

That stress and anxiety can lead to sadness, confusion, rage, even guilt, said Linda Esposito, a Los Angeles-based psychotherapist and licensed clinical social worker who has treated children exposed to domestic violence.

"Some kids blame themselves ... 'Maybe if I was a better kid or a smarter student, my parents wouldn't fight,' " she said they might say.

Boys exposed to domestic violence may channel their feelings through aggressive acts such as fighting, hitting younger siblings and engaging in high-risk behaviors such as using or abusing drugs or joining gangs, according to Esposito, who hosts a blog on psychotherapy called Talk Therapy Biz.

Girls may act out in aggressive ways, too, by becoming sexually promiscuous or using drugs, while other girls may internalize their pain and become depressed, isolated and even injure themselves, she said.

Of course, some women abuse male partners, too, which can have an equally dire impact on family dynamics.

Children who witness domestic violence are also at greater risk of becoming victims themselves, said Liz Roberts, deputy CEO and chief program officer of the group Safe Horizon, which provides support for victims of domestic violence.

The chance of "co-occurrence," where the abuser is hurting his or her partner and the children at the same time, could be as high as 30% to 60%, according to Safe Horizon.

The impact of witnessing domestic violence isn't just felt in childhood. Research has shown that adverse childhood experiences are directly associated with negative outcomes as adults, such as homelessness, unemployment, poverty and chronic health and mental problems, Roberts said.

"Those adverse childhood experiences can include other things, but witnessing domestic violence is a big one, and the more negative experiences you have as a child, the greater risks of those negative outcomes as an adult," she said.

Giving children the best chance for success is a key reason why we need to raise awareness about the impact of domestic violence, experts say, but so is the connection between witnessing domestic violence and becoming an abuser or victim.

"Domestic violence ... is learned behavior, and so we know that one of the reasons that it persists generation after generation is that people learn in their families as children that it is OK," said Roberts, a former therapist who worked with children exposed to violence.

Men who witness violence in childhood are twice as likely to be violent with their partner and also are at risk of abusing their children, said Ray-Jones of the National Domestic Violence Hotline, which has a project called Loveisrespect.org aimed at protecting teens and young adults from abuse.

"For boys, there may be identification with the abuser. They may come to believe that's what masculinity looks like. That's what it is," said Roberts of the domestic violence agency Safe Horizon.

"And for girls, it's complicated because of course you identify with your mother. It's difficult to form an identity about yourself that includes a sense that you don't deserve to be treated that way."

Focusing on children, said Esposito, the California psychotherapist, may be our only hope to "end, or at least, ameliorate domestic violence."

"No one is born abusive, and all bullies start out as victims. Children do not have the life experience, or the intellectual and emotional capacities to comprehend why dad beats mom, or vice versa," she said.

Often it is the impact on the children that pushes an abuse victim ultimately to leave the abuser.

"They may put up with abuse believing that it's most important for their child to be raised by both their parents ... and then at some point when the child is affected or is at risk or is harmed that can be a breaking point for many survivors where they say it's one thing for me to go through this, but I'm not going to have my child go through this," Roberts said.

"Children have one shot at childhood," Esposito said. "To quote a beleaguered NFL commissioner: 'We could do better.' If there's a silver lining in this tragic story, it's that maybe now we will."