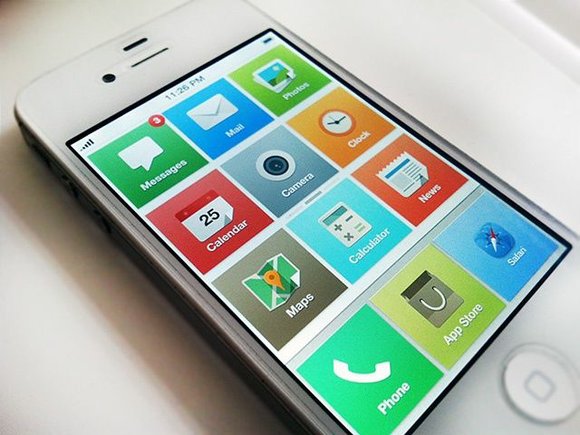 You can't get a new iPhone 6 or iPhone 6 Plus until Friday, but iOS 8, the latest version of Apple's mobile operating system, goes live on Wednesday.

The free download will be available to anyone with an iPhone 4S, 5, 5C or 5S.

IOS 8 isn't the radical upgrade that iOS 7 was, but it has a handful of new features that you're bound to enjoy. Here's a look at a few of our favorites. (Is there another feature you're looking forward to using? Let us know in the comments.)

When Apple's Mac operating system, OS X Yosemite, is released, probably in late October, it will pair with iOS 8 for the tightest integration ever between devices.

Users will be able to do things like answer phone calls on their laptop, receive texts on a desktop computer and move a document in progress from an iPhone to an iPad to a computer with a single swipe.

Until now, Apple has kept strict controls on how apps -- other than its own -- appear on the iPhone and iPad. Basically, they get a tiny, uniformly sized box for each app, and that's that. But in iOS 8, it has given developers the ability to create widgets for the devices.

Now, they'll be able to create simple, standalone tools for things like checking the weather or monitoring data usage. But the function, which has long been available on Android devices, will be limited to the "Today" screen under the device's Notification Center.

Apple says iOS 8 brings the biggest changes to the system's keyboard since the iPhone was introduced.

For one, Apple will begin allowing third-party typing apps, so tools like Swype, the finger-dragging system popular on Android, will be coming soon.

The system's native typing system will get some tweaks too, largely in the form of QuickType, a Google-style predictive text system. The system will predict the next word you want to type based on what you've written in the past and let you add the entire word with a single tap. Its predictions will change based on the people you're communicating with and the format you're using (say, email vs. text).

Siri is now integrated with Shazam, an app that recognizes music and other media playing around it.

iOS 8 users will be able to simply ask Siri "what song is playing?" and get everyone's favorite digital assistant's best guess.

Apple wants you to have one big happy iPhone and iPad-using family.

In the new system, up to six people will be able to share purchases from iTunes, iBook and the App Store without having to share a single account.

Family Sharing also automatically creates a family photo album, letting anyone on the plan share to it.

There's a shared family calendar so anyone (OK, let's face it, so Mom ...) can keep everyone abreast of plans and an "ask to buy" function that automatically pings parents, letting them give or withhold permission when a child tries to buy something from Apple.