How to Bring Billions Back to Black Communities 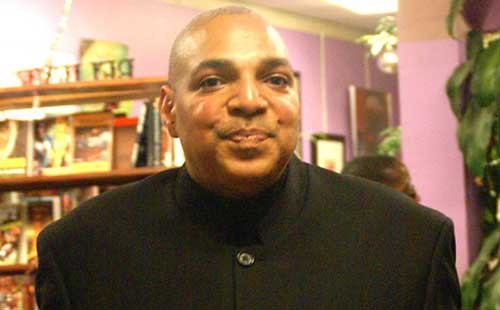 Nationwide (BlackNews.com) -- Terrance Amen, founder of 3ufirst.com and author of Black Unity: The Total Solution to Financial Independence and Happiness, says we can bring billions of dollars back to our community by using the money we're already spending. Amen based 3ufirst, the company, on his book. He created the company in order to solve the major problems within the community, which include unemployment, lack of wealth creation, and lack of funding for the best programs across the country that are presently under-funded.

Solving these problems, Amen says, will solve the other problems in our community. 3ufirst will accomplish its goals by giving back fifty percent of the net profits from African Americans shopping online for their favorite name brand products and services.

There's no extra cost to the consumer; they simply go through 3ufirst.com to find a product or service. Mr. Amen believes that if the community supports the company, African Americans can put an end to their struggling and create a secure future for themselves and generations to come.

He comments, "Relying on the government and mainstream companies has cost us many jobs and the little wealth we had. There's absolutely nothing to lose shopping on 3ufirst.com; but the gain is bringing billions of dollars back to the community"

He continues, "Creating new jobs, investment opportunities, and funding the best programs to solve the other problems, is recycling 'black dollars' at its best. Our community has suffered way too long, considering the fact that we're spending a trillion dollars a year outside our community. But now, it doesn't matter where you spend your money. If you're shopping through 3ufirst.com, you're bringing those billions back to the community."

The company, 3UFirst FPC, was created to end the major problems in the African American community. The founder, Terrance Amen, is also the author of the book, Black Unity: The Total Solution to Financial Independence and Happiness. For more information, go to www.3ufirst.com.