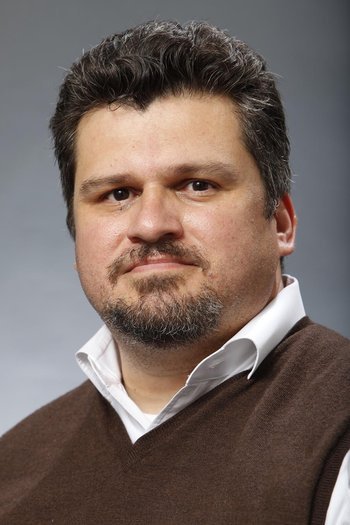 Ruben Navarrette is a CNN contributor and a nationally syndicated columnist with the Washington Post Writers Group. Follow him on Twitter: @rubennavarrette Courtesy San Diego Union-Tribune

CNN Editor's note: Ruben Navarrette is a CNN contributor, Daily Beast columnist and a nationally syndicated columnist with the Washington Post Writers Group. Follow him on Twitter: @rubennavarrette. The opinions expressed in this commentary are solely those of the author.

So now we're having a debate about spanking.

Seriously? There is a lot of misplaced outrage from folks who are taking recent stories about the misconduct of professional athletes and shoehorning them into a crusade against child abuse.

I'm against child abuse. Who isn't? But I'm not against spanking. I have my reasons, and we'll get to them.

First, let's deal with the misplaced outrage. Why don't the folks who are worked up over the fact that Minnesota Vikings running back Adrian Peterson was indicted last week on a felony charge of child abuse just say what's really on their mind? On the heels of the Ray Rice story, where a videotape was recently released showing the suspended Baltimore Ravens running back hitting and knocking unconscious his then fiancée (now his wife) in a hotel elevator, there are those who want to tie these two stories together under the template that some of the violence of the NFL may be spilling out onto players' personal lives and the rest of society.

If that's the assertion, then let's have that discussion.

But let's not mix all that noise together with the more important debate over spanking children. We have to get this right, and -- as the parent of three young children, ages 5, 6, and 7, who has been to more than his share of picnics, birthday parties, and little league games -- I can see firsthand we're getting it wrong.

I remember seeing one hapless father chasing after his son, trying to get the boy to listen and pleading: "You need to respect me." The lad ignored him.

When did parents become such wimps?

My dad didn't roll like that. And neither did his father, a Mexican immigrant who -- along with my equally strong and no-nonsense grandmother -- raised five boys from the 1930s to the 1950s with nary an incident. There were no disturbances, no gangs, no police. Later, I teased one of my uncles about that, suggesting they must have had a lot of respect for law or order.

Fear is essential to respect. Children won't do what we tell them to do, unless -- at some level -- they fear the consequences that will come from not doing it. Punishment isn't a bad word. It's a life lesson. It's the way the world works, and, as parents, it's our job to prepare our kids to enter a world where they learn bad behavior has consequences.

Too many parents today are falling down on the job. The problem isn't that too many kids get spanked. It's that some kids who need a spanking might never get one.

Ten years ago, the problem was that too many parents eager to be their child's BFF (Best Friend Forever) were losing the battle to discipline their children, instill values, influence behavior and teach right from wrong.

Today, in many homes, the battle is over and the kids won. In some cases, the parents -- already stressed from long days at work and having no desire to spend precious hours at home squabbling with children -- simply surrendered. They gave up on raising children in exchange for peace and quiet on the home front.

Now the kids run things. These pint-sized CEOs of the household tell their parents what to do, instead of the other way around. If mom and dad forget their place in the new world order, junior will simply throw a few verbal daggers and scream: "You're so mean! I hate you!"

The correct response should be: "I can live with that. Now go to your room!"

So let me put in a good word for spanking as an acceptable and sometimes necessary form of disciplining a child, as long as you follow the rules. Here are three: Never use a belt or other foreign object, just the palm on your hand; never hit a child on his bare bottom, only through clothing; and only give them one swat, where you maintain control of your emotions.

This is a sensitive subject around my house. My wife and I disagree about spanking. She thinks you should never use violence to discipline a child. But the result of that is my kids sometimes torment mommy to test their boundaries. They want to see just what they can get away with and how far they can push before she cracks and loses her cool. It's excruciating to watch.

Too many kids in America don't respect their parents -- that's the real threat. They turn on the television and see shows where the kids run things and the parents are bumbling idiots. In fact, many kids don't fear any kind of authority, and this will not serve them well later in life. That's the real sin that many parents commit, neglecting their duty to raise good kids who grow up into respectful and responsible adults.

Spanking isn't child abuse. It's common sense. And that's something that every parent needs -- but, as you already know, not every parent has.