Obesity, Early Puberty and Why We Should Be Concerned 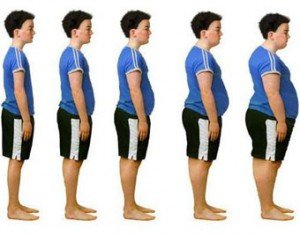 CNN Editor's note: Laurence Steinberg is professor of psychology at Temple University and the author of "Age of Opportunity: Lessons From the New Science of Adolescence." The opinions expressed in this commentary are solely those of the author.

Reports earlier this year of a dramatic decline in childhood obesity were too good to be true. According to results of a more recent analysis, published in JAMA Pediatrics, the widely-heralded drop in the proportion of overweight young children was probably a statistical aberration. When data are examined over a longer time period, it turns out that early childhood obesity is just as prevalent today as it was at the beginning of the 21st century.

High obesity rate among very young children is worrisome for many reasons. One is that obesity causes children to go through puberty earlier. American children have been maturing at an increasingly younger age, and one of the reasons is that more youngsters are overweight.

Just how much has the age of puberty fallen? At the beginning of the 20th century, the average American girl got her first period sometime between the ages of 14 and 15. Today, it is closer to 12. The first signs of puberty -- like "breast budding" -- are visible even earlier. In 1960, the average age of breast budding was 13. By the mid-1990s, it had fallen below 10.

Today, physicians across the United States are reporting signs of breast development in a large number of 7- and 8-year-old girls. A colleague of mine who conducts research on inner-city children, where the decline in puberty age is especially pronounced, has encountered some second graders who are already beginning to menstruate.

The decline in the age of puberty among boys is harder to document because there isn't an easily measured marker of male physical maturation comparable to female's menstruation. But as far as we can tell, the drop has been nearly as remarkable.

According to studies of children's choirs, the average age at which boys' voices break -- a sure sign that puberty has begun -- has fallen from approximately 13 in 1960 to around 10 and a half today. Pediatricians' reports bear this out: Between the 1970s and 2010, the age of onset of puberty in boys fell by about two years. A growing number of boys are showing signs of puberty by second grade.