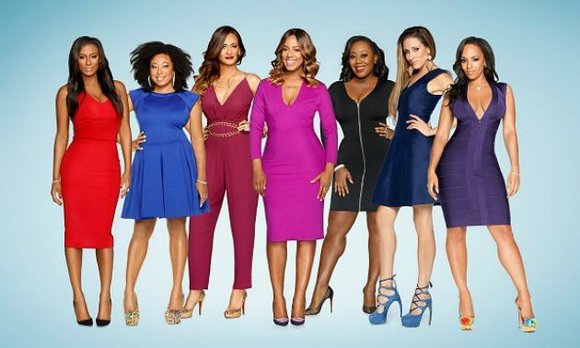 Lewellyn revealed to her cast members that she has been diagnosed with stage 3 cancer, news which shocked fellow stars Mica Hughes and Melyssa Ford in the season opener.

Lewellyn said that after her makeup artist noticed that the whites of her eyes were unnaturally green, she visited a doctor. The doctors initially found a tumor in her bile duct and then found more cancer cells.

“I never thought I’d be going through this at 34,” she said. “I thought I would be accepting a proposal and signing my contract for my five-year TV deal.”

But Lewellyn said she remains optimistic about her future.

“I love God. I really do. I love God because he’s been so faithful to me, so I can’t not love God because I’m having a tough time in my life,” she said. “I’ve just got to believe God. That is it. And keep putting on my hair because my real hair is gone.”

We love Lewellyn’s positive spirit! She is continuing chemotherapy to treat the cancer.

From the previews, it seems that the announcement will have an impact on the entire cast this season and may even bring she and frienemy Demetria Lucas-D’Oyley together.

For more information got to http://www.blackamericaweb.com