Play-Doh Is Getting Its Own Movie, Get The Details 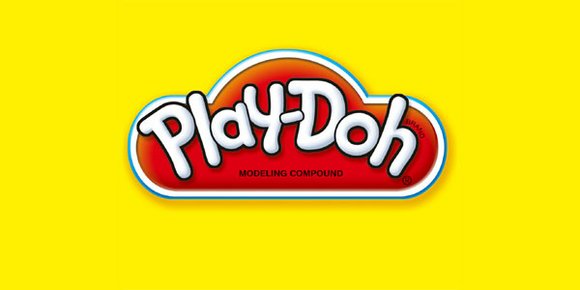 The success of The LEGO Movie has seemingly rejuvenated Hollywood's desire to make movies based on toys. It was a few months ago that we learned that a Playmobil film is in the works, but now new reports have revealed that a Play-Doh feature is now in the works at 20th Century Fox as well.

Word of this project comes to us from Deadline, and their sources say that the studio has actually lined up an extremely in-demand director to make it. The site reports that Paul Feig - who is currently deep in development on the coming Ghostbusters reboot over at Sony - is reportedly now in talks to helm the the Play-Doh movie. This does make a degree of sense, if not just because Feig and the studio worked together on the blockbuster hit The Heat, and just recently collaborated on the upcoming Melissa McCarthy comedy Spy.

Unfortunately, at this time there aren't any details available regarding exactly what the Play-Doh film will be about, but Jason Micallef (Butter) has been hired to write the screenplay. As for the style of the project, Deadline reports that it will be a live-action affair, which I actually find kind of disappointing. While it's not inconceivable that a good children's movie could be made with Play-Doh at the center of the plot, I would be much more excited if the film were going The LEGO Movie route. By that, I mean that I wish the film were a stop-motion/CGI-made-to-look-like-stop-motion feature that looked as though it were made out of Play-Doh.

Exactly when this movie will get made is definitely a question with an answer lingering in the air at the moment. Should he wind up officially attaching himself to the gig, Paul Feig is a bit busy at the moment. As mentioned earlier, he is currently working on the latest Ghostbusters movie - starring Melissa McCarthy, Kristen Wiig, Leslie Jones and Kate McKinnon - and that project likely be dominating his schedule between now and when the feature is released in July of next year. It's also worth noting that Play-Doh isn't the only film that the filmmaker has currently on his slate, as he has also been long been developing Wish List, a high-concept comedy starring Reese Witherspoon that he signed on to in 2012. There might even be a whole other movie that catches his interest between now and the next open window on his schedule.

While we may not know when Play-Doh will land, Hasbro has many other products in development and on their way to theaters. The next one will be Jem and the Holograms, which will be coming out in October. They also have a film based on the collectable card game Magic: The Gathering in the works from producer Simon Kinberg (X-Men: Days of Future Past) and screenwriter Bryan Cogman (Game of Thrones).