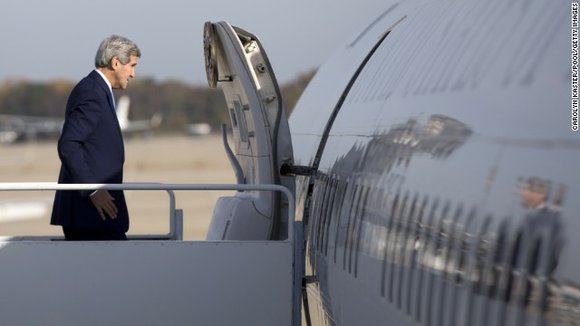 WASHINGTON (CNN) -- Now that President Barack Obama has the framework of a nuclear deal with Iran, the White House attention shifts to the challenging task of selling this agreement to Congress, and the administration is already deploying its troops.

"In just the last 24 hours we've had everybody from the President to the White House Chief of Staff, to officials at the Department of State and the Department of Defense briefing members of Congress to make sure they understand exactly why we believe this is a framework agreement that puts us on the path of making sure that we're preventing Iran from obtaining a nuclear weapon and putting in place inspections to verify that that's actually the case," White House spokesperson Josh Earnest told CNN Friday.

Colin Kahl, national security adviser to the Vice President who was traveling with the President, did a conference call with dozens of American Jewish leaders Thursday evening to talk about the framework deal reached with Iran, a participant told CNN.

The participant said it wasn't contentious. "There were definitely pointed questions, but it was very respectful," the source told CNN.

Kahl repeatedly said sanctions will not be lifted until there is a "demonstration of measurable compliance," Kahl said according to the participant.

Blinken said Friday on CNN that he had already talked to Sen. Bob Corker (R-Tennessee), who put forward legislation requiring a 60-day congressional review of any nuclear deal.

The Senate Foreign Relations Committee is set to vote on Corker's legislation April 14, and the White House has said the President would veto the bill if passed -- but that's not the only potential challenge coming from Congress.

Menendez promised to delay any vote until after the initial negotiations deadline of March 31. After Thursday's framework was announced he pushed for the congressional oversight included in Corker's bill.

Menendez's exact role in congressional development is in question now that he stepped down from his committee position while facing bribery charges.

The White House has emphasized that Congress has the final say on lifting economic sanctions and should play an oversight role.

But White House officials have also warned that Congressional action forcing the U.S. to walk away from the deal would fracture the international community and leave Iran in an even stronger position, with very little limiting their nuclear program.