Could Claudia Jordan Be Getting An ‘RHOA’ Spin-Off Already 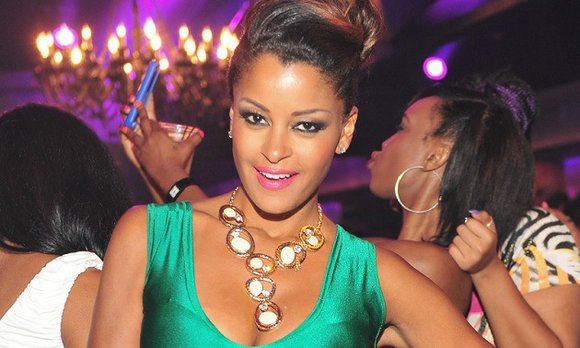 Claudia Jordan may already be branching out from “The Real Housewives of Atlanta” after just one season on the show!

The ink on Claudia’s “RHOA” contract is barely dry, and there are already rumors that she may be getting her own show! Granted, she did start the chatter herself.

Instead of setting up an Easter egg hunt, Claudia thought it would be much more fun to stir up some gossip during a brunch with “RHOA” producer Carlos King. She half-hinted/half-joked that she spent her Resurrection Day discussing the possibility of getting a spin-off

There hasn’t been any word from Bravo as to whether this is actually true, but the network does love to hand-out spin-offs like candy.

Still, it would be a bit peculiar to see Claudia get her own show at this point since much of her storyline revolved around the drama she has with different cast members. However, Reality Tea reports that that is precisely why she was hired.

Supposedly, Carlos specifically brought her on the show to shake up the other peaches.

If she is getting spin-off, maybe it’s a reward for a job well done because the some of the veterans just could not take Claudia.