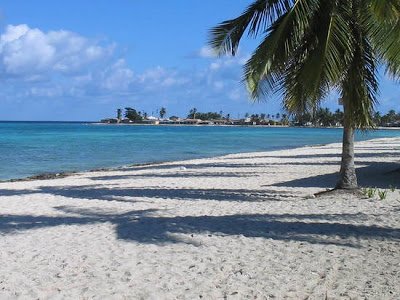 NEW YORK (CNNMoney) -- Cuba is one of only four nations still on America's terrorism watch list. That's expected to change Friday, and Corporate America is cheering.

President Obama will likely announce that Cuba will be lifted from the U.S. State Sponsors of Terrorism list -- right before he meets with Cuban president Raul Castro in Panama at the Summit of the Americas, according to CNN reports.

It will be one of only a few moments since 1958 -- when Eisenhower was president -- that the two presidents meet. The other instances were mere handshakes, but Obama is expected to "interact" with Castro, according to the White House.

Lifting Cuba off the terror list is the latest step to encourage U.S. businesses to enter Cuba. Obama first declared renewed relations with Cuba in December, but a number of hurdles remain.

Companies moving in: Netflix, Airbnb, American Express and Mastercard have already put a foot in Cuba's door -- a virtual foot though. None of those companies actually have an office or employees in Cuba.

Airlines and tourism companies stand to benefit from American travelers' pent up demand to see Cuba, which has been off limits for 50 years. Plus Cuba offers what most in the Caribbean don't: beautiful beaches and a big, historic city. JetBlue already charters flights to Cuba, but it wants to start commercial flights, a sentiment echoed by other airlines.

The roadblocks: But experts caution: don't expect planes and cruises to embark to Cuba tomorrow. The embargo against Cuba is still in place and the country's infrastructure is in need of major upgrades. All business opportunities seem to be long-term goals.

Still, crossing Cuba off the terror list a move in the right direction, experts say.

"President Obama's recommendation that Cuba be removed from the [terrorism] list will be the first step in a series of steps that will make it easier for U.S. companies to do business there," says Alana Tummino, policy director at the Council of the Americas.

Cuba badly needs an infrastructure update. Few Cubans have internet access, creating an opportunity for internet providers, like Verizon and AT&T, to corner the Cuban market.

Food and agriculture stand to win too. Caterpillar sees Cuba, with all its farmland, as a big opportunity for its farming equipment business. Caterpillar and food supplier Cargill have separately lobbied for the embargo to be lifted.

Getting Cuba off the terror list doesn't eliminate other obstacles. The embargo is the elephant in the room, and it's unclear how friendly the Cuban government will be to U.S. businesses. But corporate America will be one step closer to Cuba.

"We've already cracked the door open," says Carl Meacham, director of the Americas program at the Center for Strategic & International Studies. "The U.S. is the biggest winner here."