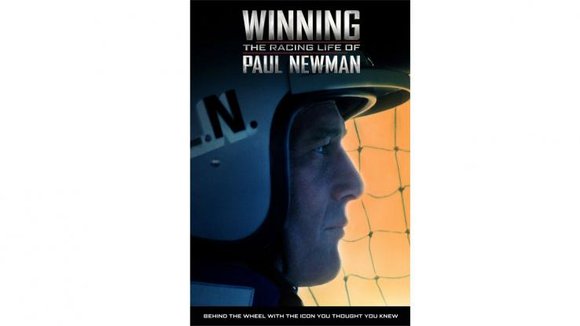 "When you get out to that track and sit down in that car, whatever it is that's roiling around in your head, goes right out the window."

Those words are credited to Paul Newman -- actor, philanthropist, salad dressing maker, race car driver -- and they're part of a new documentary called "Winning: The Racing Life of Paul Newman," that will premiere April 16 in Los Angeles at the El Capitan Theater. Funny man/radio host Adam Carolla will put forth his sophomore effort as a director for the film, alongside journeyman Nate Adams.

The first trailer for the documentary, based on the book of the same name, debuted this week on the Adam Carolla Show. The film comes out May 22 in select theaters and video-on-demand (cable networks, iTunes, Xbox Live, Amazon).

The movie stars Robert Redford, Tom Cruise, Joann Woodward, Patrick Dempsey, Jay Leno, Robert Wagner, Mario and Michael Andretti and many others who raced with Newman, an actor who loved the street and strip even more than the stage and screen. Newman first got into the sport after working on the movie "Winning," where he played Frank Capua, a rising star who dreams of taking the checkered flag at the Indy 500. After "Winning," Newman hosted a "history of auto racing" television show, and was bitten hard by the racing bug.

He wasn't the best on the track when he began racing in his late 40s. But by the time he retired, Newman had won four national SCCA championships, drove Datsuns for Bob Sharp in the Trans Am Series and took home a class win at the 24 Hours of Le Mans. Carolla owns a handful of Newman's race cars, which led him to create the documentary. Five of Newman's cars, including a 1977 Nissan 200SX B Sedan, 1979 Nissan 280ZX Twin-Turbo V8, 1984 Nissan 300ZX GT-1 Championship Car, 1985 Nissan 300ZX GT-1 Championship Car and 1988 Nissan 300 ZX 2 + 2, will be at the premiere in Los Angeles.