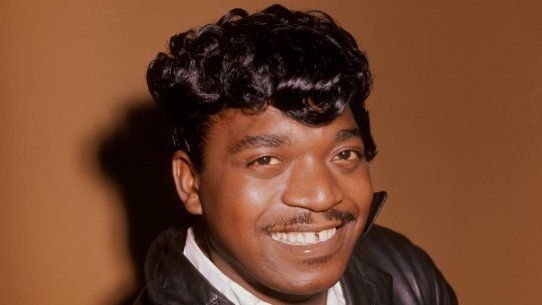 Percy Sledge, the R&B singer and Rock and Roll Hall of Fame inductee whose biggest hit, “When a Man Loves a Woman,” became a staple of soul music, died today in Louisiana, reports CNN. He was 73.

In a career that started in the 1960s, Sledge had a number of hits, including “Take Time to Know Her,” “Warm and Tender Love” and “It Tears Me Up” among them.

But his first and biggest hit, “When a Man Loves a Woman,” out-shined them all.

The slow melodious song came directly from the heart: Originally called “Why Did You Leave Me Baby,” he’d written it about a former girlfriend, drawing from a tune that he used to sing to himself as a child. The song was about a girl who had left him for another guy. Heartbreak was a great inspiration for Sledge.

“I hummed it all my life, even when I was picking and chopping cotton in the fields,” the Alabama-born singer told the Rock and Roll Hall of Fame.

At the time of the song’s writing, Sledge was working as a hospital orderly, picking up gigs at night with a group called the Esquires Combo. In a fit of generosity, he gave the songwriting credit for “Woman” to two of the Esquires, Calvin Lewis and Andrew Wright, who had helped him with a few chords.

Below is a video of the legendary song. He will be missed.

"When a Man Loves a Woman" is a song recorded by Percy Sledge in 1966 at Norala Sound Studio in Sheffield, Alabama. It made number one on both the Billboard Hot 100 and R&B singles charts. It was listed 54th in the List of Rolling Stone magazine's 500 greatest songs of all time. The sidemen for this recording included Spooner Oldham, organ; Marlin Greene, guitar; Albert "Junior" Lowe, bass and Roger Hawkins, drums. The song is credited to Calvin Lewis and Andrew Wright, who played bass and keyboards with Sledge. However, the song was in fact written by Percy Sledge himself, but he gave it to Lewis and Wright. Before the recording session, the song had no title or lyrics. The session proceeded with the expectation that Sledge would produce them for the vocal takes. When it came time to record the vocals, Sledge improvised the lyrics with minimal pre-planning, using the melody as a guide for rhythm and phrasing. The performance was so convincing that others working on the session assumed Sledge had the lyrics written down.