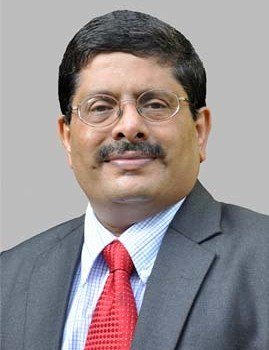 April 16, 2015…Ames, Iowa: The Council for Agricultural Science and Technology (CAST) announces that the prestigious 2015 Borlaug CAST Communication Award goes to Dr. Channapatna Prakash, an honored faculty member at Tuskegee University in Alabama. Award nominees must demonstrate an ability to communicate by written material; public presentations; and/or the use of television, radio, or other social media. Prakash excels in all three areas. As a specialist in the field of plant genetics and biotechnology, he has worked for decades delivering clear, science-based information to the public and policymakers alike.

Colleagues focus on the widespread influence Prakash has had in the agricultural community. As one nominator points out, Prakash’s position involves research and teaching, but he has “arguably done more than anyone else in academia or industry to promote agricultural technologies that can help feed the world’s growing population.”

Prakash was instrumental in establishing the prestigious plant biotechnology research and training program at Tuskegee University, and he has a long list of influential publications and presentations—he has presented his messages about agriculture in more than 70 countries. Through teaching, research collaboration, and lectures, he has worked especially hard to promote biotechnology research and policy in the developing countries of Asia and Africa.

Educated in India and Australia, Prakash has a strong connection with those who have made an impact on global food production. Norman Borlaug once praised him for “bringing common sense into the use of biotechnology,” and Julie Borlaug Larson says that Prakash—much like her grandfather—is “dedicated to utilizing science and technology to improve the standard of living and quality of life for the world’s most impoverished and marginalized populations.”

Many emphasize Prakash’s ability to communicate to “every kind of audience… in every medium available.” He uses social media (his Twitter handle is @agbioworld), radio/TV interviews, and other methods to emphasize the potential of agricultural technology. As a colleague said, “He is one of the strongest and most consistent voices countering the spread of misinformation.”

Prakash has received numerous honors in the past, and now he can add the 2015 Borlaug CAST Communication Award to his credits. But no doubt for him, the most important thing is his capacity to enhance the societal awareness of food biotechnology issues around the world—his ability to communicate.

An award presentation will occur at a breakfast side event cohosted by DuPont and CAST at the World Food Prize Symposium on October 14, 2015, in Des Moines, Iowa. The Borlaug CAST Communication Award honors the legacies of Nobel Prize winner Dr. Norman Borlaug and Dr. Charles A. Black, the first president of CAST.