Michaël Borremans: As sweet as it gets 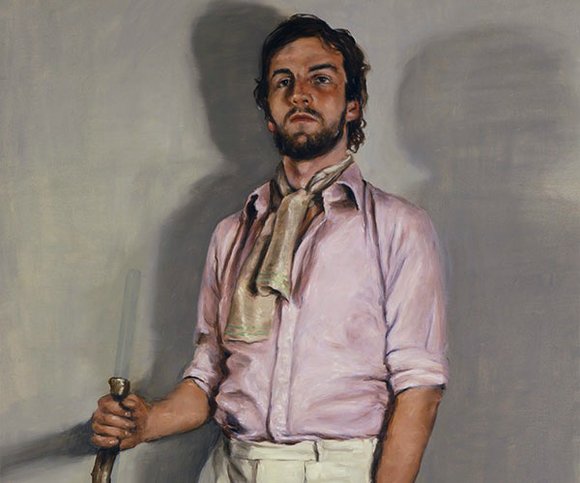 The Dallas Museum of Art presents the U.S. premiere of the major traveling exhibition on the work of contemporary Belgian artist Michaël Borremans. Co-organized by the DMA and Centre for Fine Arts, Brussels (BOZAR) and curated by Jeffrey Grove, Michaël Borremans: As sweet as it gets, on view March 15 through July 5, 2015, is the most comprehensive survey of the artist’s career, bringing together paintings, drawings and films produced over the last 15 years. Featuring roughly 100 works, this exhibition provides compelling insight into the artist’s evolving practice by exploring the broad themes and visual references that Borremans brings to play in creating his psychologically charged, if strangely ambiguous, image world. The exhibition opened to wide critical and popular acclaim last February in Brussels and at the Tel Aviv Museum of Art this past September, and will be on view exclusively in North America at the DMA.

Since the late 1990s, when he first began to exhibit his paintings and drawings, Michaël Borremans has created an improbably mature body of work that quickly captured international attention. This highly anticipated exhibition provides an overview of Borremans’ work spanning his entire career, featuring a complex and diverse selection of works in all media to illuminate the artist’s compelling approach to creating powerful tableaux of indeterminacy and mystery.

Michaël Borremans: As sweet as it gets is composed of well-known and rarely exhibited works from private and public collections in Europe and the United States, including approximately 50 paintings, 45 drawings, and five films. The carefully curated selection provides viewers with a singular opportunity to experience Borremans’ experimentations across media.

Borremans’ work often evokes sensations of dislocation and disruption with unconventional compositions, unsettling scenes, and suggestive psychological spaces. In his paintings, Borremans employs hallucinatory symbols and signifiers while referencing great masters in art history, from Velázquez to Goya. Particularly in his drawings, which are more suggestively narrative than his paintings, Borremans places his figures in unknown states and locations that convey an indefinable sense of time and place. In this way, the work is saturated by the surrealist propensity to evade logical association, a trait he shares with countrymen including James Ensor, René Magritte, and Marcel Broodthaers.

For more information go to https://www.dma.org