As we move through National Child Abuse Prevention Month this April, Marianna Klebanov points to new research that explains just how deep the effects of bad parenting actually are—and calls for signi 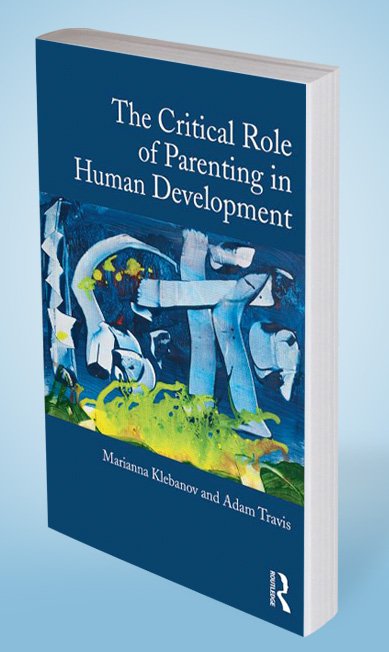 About the Book: The Critical Role of Parenting in Human Development (Routledge, 2014, ISBN: 978-1-138-02513-4, $46.95, www.anewconversationonparenting.com) is available for purchase through Routledge, on Amazon, at Barnes & Noble, and through a number of additional booksellers.

Parenting affects career success. When we struggle with problems in our careers, their roots can often be traced to childhood issues. Of course, lack of education, which in itself limits an individual's career path, can be a consequence of arrested cogni¬tive development caused by less-than-optimal parenting.

"Furthermore, if our parents were unsupportive, engaged in obvious or subtle put-downs, or modeled destructive relationship and communication patterns, these issues will become wired into our brain circuitry during our development," Klebanov comments. "This can lead to limits on upward mobility, problems with earning capacity, lack of respect for and from others, negative relationships, and other career-sabotaging problems."

Parenting affects morality. Parental affection and attention matter much more than many of us realize. Research has shown that fast responses to infants' cries, physical contact and affection, breastfeeding, and co-sleeping all help children grow up to become adults with mature moral development, including a developed sense of empathy and moral sensitivity to others.