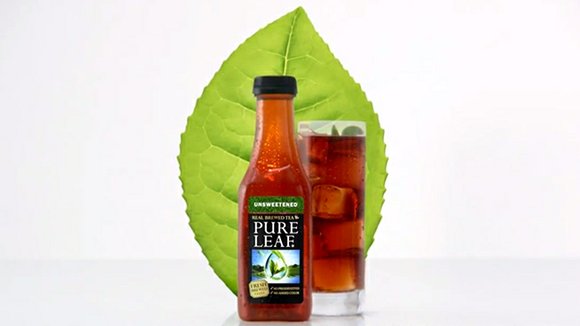 NEW YORK (CNNMoney) -- The Coca Cola Company and PepsiCo rivalry has been one of the most intense in the business world as they have battled over soda sales, slogans and sports team sponsorships. A new fight is brewing as they tangle over the booming bottled tea market.

The newest showdown pits PepsiCo's Pure Leaf tea against Coke's Golden Peak and Honest Tea brands, names that attempt to appeal to a public thirsty for wholesome drinks. It's a matchup that PepsiCo is dominating.

"Consumers are looking for those real authentic experiences and the number one category barrier right now is that ready to drink tea doesn't taste like fresh brewed tea," said PepsiCo's Linda Bethea, Pepsi Lipton Partnership's senior director of marketing. "Some of the competitors in the category are using tea powders or concentrates We are the only premium tea made with real brewed tea leaves and it delivers that real brewed taste. ''

Coca-Cola says like many of its competitors, it offers a variety of teas, including a real-brewed option in Honest Tea, which is also government certified organic.

PepsiCo argues, however, that Pure Leaf doesn't compete with Honest Tea but with Coca Cola's Gold Peak, which is not real brewed tea in its bottled form.

Both companies make bottle teas in a variety of ways.

Pepsi invited me to come see Pure Leaf's brewing process at a plant in Indianapolis, where workers dunked 400 pounds of tea leaves into an industrial kettle. Each batch produces 40,000 to 45,000 18j.5 ounce bottles of tea. The trick is to harvest and blend teas from around the world and keeping the taste consistent.

PepsiCo and Coca-Cola see an opportunity in tea as soda sales continue to lose their fizz in the American marketplace. Tea, however, is on an upswing. Domestic iced tea growth of 3%, measured by volume, beat juice and sports drinks last year.

Ready-to-drink tea sales have more than doubled in the last 10 years, reaching $5.3 billion in the U.S. and about $50 billion globally in 2014, according Euromonitor International, which tracks the industry.

PepsiCo is the biggest player, according to industry publication Beverage Digest, with 40% of the market compared to Coca-Cola's 5.5%. PepsiCo gained its market share through a partnership with Unilever, which owns Lipton. Together, they re-launched Pure Leaf in 2012 with a redesigned bottle. Pure Leaf has a larger market share than all of Coke's iced teas labels combined.

Pure Leaf sales surged 49 percent last year, driving growth of 7.9 percent in the number of cases of tea it sold across all brands, according to Beverage Digest. All of which leaves Coca-Cola with a steep Pepsi challenge.