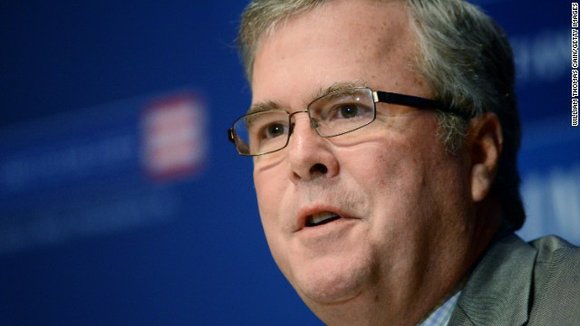 (CNN) -- Former Florida Gov. Jeb Bush has a slight lead against his fellow Republicans in the 2016 primary race, but no one candidate appears to be running away with the GOP presidential field, a new poll from CNN/ORC finds. Overall, 17% of Republicans and Republican-leaning independents back Bush for the GOP nomination, while 12% support Wisconsin Gov. Scott Walker. Sens. Rand Paul and Marco Rubio stand at 11% each, with former Arkansas Gov. Mike Huckabee at 9% and Sen. Ted Cruz at 7%. Former neurosurgeon Ben Carson and New Jersey Gov. Chris Christie, both of whom placed second in CNN/ORC polls as recently as last fall, are now well behind the leader at 4% each.