Heather Headley to Play the Witch in ‘Into the Woods’ 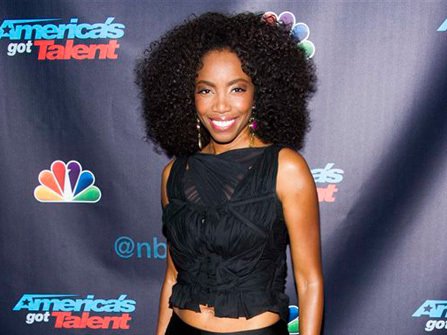 NEW YORK (AP) — Tony and Grammy winner Heather Headley has been lured back onstage to play a vengeful witch in a fairy tale musical in St. Louis.

Mike Isaacson, the artistic director and executive producer of the Municipal Theatre Association of St. Louis, said Headley will play the Witch in their production of “Into the Woods.”

Isaacson said Headley, who won a Tony in 2000 in “Aida,” took his breath away when he saw her back then at the Palace Theatre on Broadway. He called her a “singular performer.”

The production of the Stephen Sondheim-James Lapine musical runs July 21-27 and will be directed by Gary Griffin. It marks her first performance in a musical in America in 15 years.

Headley’s credits also include playing the diva in “The Bodyguard” musical in London and the CDs “This Is Who I Am,” ”Audience of One” and “Only One In The World.”

The MUNY, the largest outdoor musical theater venue in America, is celebrating its 97th season and some of Broadways best stars — including Jennifer Holiday, Angela Lansbury, Bernadette Peters, Robert Preston and Ethel Merman — have graced its main stage.

“To be able to add Heather to that lineage is amazing,” said Isaacson, whose producing credits also include “Fun Home,” ”Legally Blonde” and “Red” on Broadway.

“Into the Woods” wittily mashes up a number of fairy tales — “Jack and the Beanstalk,” ”Cinderella,” ”Little Red Riding Hood” and “Rapunzel” — and adds characters of its own. The songs include “Agony,” ”Children Will Listen,” ”No One Is Alone” and “It Takes Two.”

The Witch — played by Meryl Streep in the recent movie — is drily sarcastic, ugly and evil in the first half and then ravishing when her own spell is lifted.