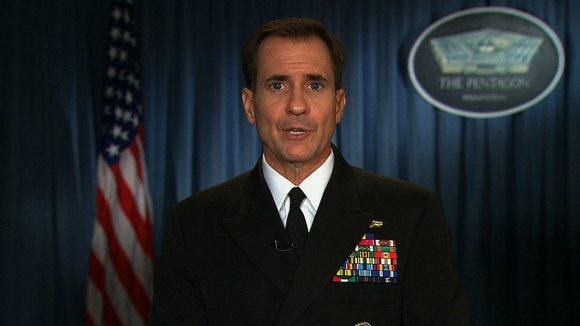 WASHINGTON (CNN) -- Rear Admiral John Kirby, the Pentagon's chief spokesman, will shift over to the State Department, according to a senior administration official.

In replacing Jen Psaki, who recently returned to the White House to serve as communications director, Kirby would be the first spokesman to have represented both the Defense and State departments.

Kirby, who is in the process of retiring from the U.S. Navy as a two-star admiral, was favorably regarded by the Pentagon press corps for the way he worked with reporters, in addition to his grasp of the myriad issues and challenges around the world impacting the Defense Department.

As he assumed office earlier this year, Defense Secretary Ashton Carter made it known that he wished for a civilian, as opposed to a uniformed military officer, to take on the duties as the department's chief spokesman. A successor has not yet been named.

In October, Kirby joined Psaki at a State Department briefing to discuss the military response to ISIS and the Ebola epidemic in West Africa.