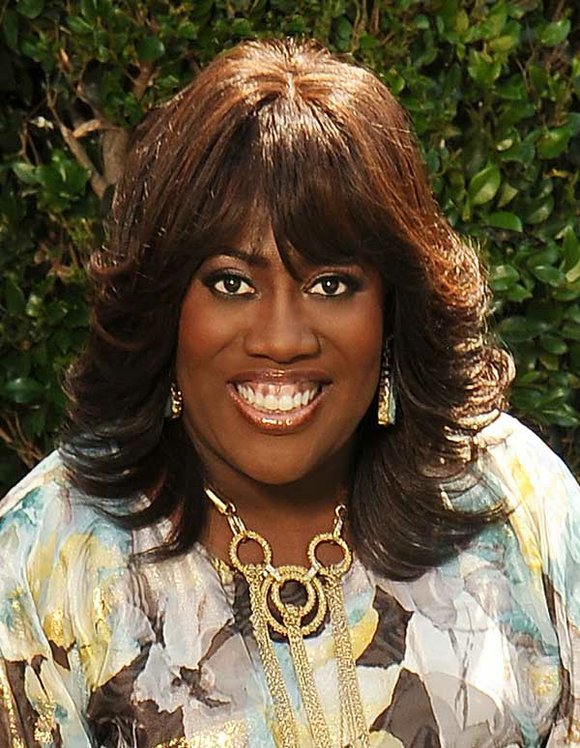 Columbia, SC, April 22, 2015—The Benedict College Spring Commencement Ceremony for the Class of 2015 will be held at 9 a.m. on Saturday, May 9, 2015, at the Charlie W. Johnson Stadium located on Two Notch Road and Read Street in Columbia, South Carolina. Ms. Sheryl Underwood, Co-Host of THE TALK on CBS, will receive an honorary Doctor of Humane Letters degree from Benedict College and will give the keynote address during the College’s 145th Commencement Exercises.

Sheryl Underwood, who has been a member of the Benedict College Board of Trustees since 2014, is a savvy businesswoman and a multi-faceted, multimedia entrepreneur who is recognized as one of the most articulate, well informed women of our time. She is a much sought after entertainer and public speaker who is described as one of the world’s brightest contemporary humorists. Underwood is Owner and Chief Executive Officer of Pack Rat Productions, Inc. and is the 23rd International President of Zeta Phi Beta Sorority, Inc. Born in Little Rock, Arkansas, Underwood joined the television show THE TALK on CBS for the start of season two, sitting alongside hosts Julie Chen, Sara Gilbert, Sharon Osbourne, and Aisha Tyler. The show averages over 3 million viewers per day. With Underwood at the table, THE TALK received its first Daytime Emmy nomination, and a 5th year renewal on CBS television. Underwood, who has received numerous awards and accolades, was named one of the 10 most influential talk show hosts on Twitter in 2012 and is the subject of the TVOne bio-documentary “UNSUNG Hollywood: Sheryl Underwood.”

Underwood, through her company, Pack Rat Productions, is currently raising money to support the 105 Historically Black Colleges and Universities (HBCUs) and the students committed to pursuing a higher education. Underwood has been featured in Ebony magazine, ESSENCE magazine, JET magazine, Entertainment Weekly and in other major media outlets. In addition, she was included in the 100 Most Influential Organization Leaders published in Ebony Magazine. Underwood has always believed that a “rising tide floats all boats” and has made a conscientious effort to include her colleagues of the fraternities and sororities, that comprise the Divine Nine and members of Greekdom, in media opportunities that are offered to her, including an historic appearance she orchestrated on the highly popular “Monique Show” on Black Entertainment Television (BET), as well as BET’s Celebration of Gospel and the NAACP Image Awards.

Underwood is an actress who has appeared on multiple episodes of the Emmy winning CBS daytime drama The Young and the Restless and has starred in such films as Bullworth (starring Warren Beatty), I Got the Hook Up, and Beauty Shop (starring Queen Latifah). In addition, Underwood was the host of Black Entertainment Television’s (BET’s) Comic View and Holla, a talk show she created and produced which was loosely based on Bill Maher’s Politically Incorrect. She is a weekly contributor on the Steve Harvey Morning Show, also serving as “guest host,” and appears on The Steve Harvey Project, the television version of the show airing on BET Centric. Underwood also hosted The Sheryl Underwood Show on Jamie Foxx’s The Foxxhole, airing on Sirius 106/XM 149, where she provided a mix of political satire, comedy and music. She can be heard on the radio daily from 3-7 p.m. on Sheryl Underwood Radio airing on North Carolina A&T State University radio station WNAA 90.1 FM - Greensboro, NC; WVAS-FM - Montgomery, Alabama; 97.5 KDEE FM - Sacramento, CA; WMFA - Raeford, NC; KMGG, 99.9 THE BEAT - Albuquerque, NM, Benedict College radio Station WBLK 93.7 -Columbia, SC, and online at Tunein.com. Underwood was the host of Martin Lawrence Presents 1st Amendment Stand-Up and is a former contributor to the Tom Joyner Morning Show. Underwood has appeared on the Dr. Phil Show, FOX television network morning show Fox and Friends, the Joy Behar Show, WPIX in New York City, The View, created by ABC News Correspondent Barbara Walters, OMG! Insider, CBS This Morning, and Whose Line Is It Anyway.