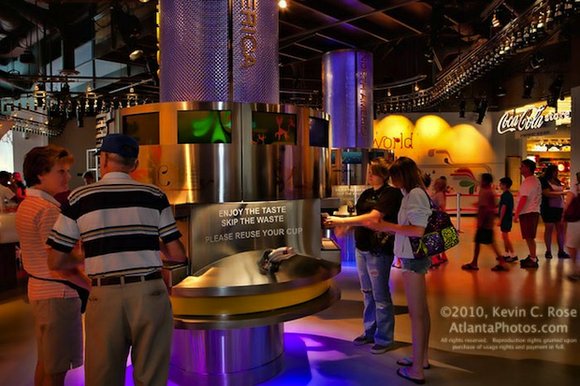 Deadpool writers have already lined up their next project. Paul Wernick and Rhett Reese, the genius scribes behind the highly anticipated Deadpool, have recently signed up to write a movie about the disastrous story of New Coke.

According to Deadline, writers Paul Wernick and Rhett Reese are moving from the X-Men spin-off movie Deadpool to the upcoming movie based on the story of Coca-Cola’s New Coke flop. They also will put their own money behind the film. The movie, which will be based on Thomas Oliver's book The Real Coke, The Real Story, will reportedly be a period piece set during the ‘80s and explore the perceived threat that No. 2 rival Pepsi presented after a successful marketing campaign called the "Pepsi Challenge," particularly Coca-Cola’s reaction. Thomas Oliver is the business reporter from the Atlanta Journal Constitution who covered the introduction of New Coke into the market and its subsequent flop. The story of New Coke will undoubtedly be yet another movie added to a growing list of successful projects both written and co-produced by the scribes.

In 2009, the Deadpool writing duo penned the successful Zombieland. The horror comedy went on to gross more than $100 million at the box office. The writing partners then went on to write the screenplay for the highly successful G.I. Joe: Retaliation, which grossed nearly $400 million at the box office. Clearly, Wernick and Reese know how to write a successful screenplay, something Deadpool fans are likely counting on.

The X-Men spin-off about the "Merc with a Mouth" will be an origin story of the Marvel Comics character. Although we did see an origin of Deadpool in the X-Men Origins: Wolverine movie back in 2009, after a new producer was brought onto the project, it was made apparent that any Deadpool movie would indeed reboot the character. As in the comics, Deadpool is created when a special forces operative turned mercenary named Wade Wilson is subjected to a rogue experiment, rendering him with accelerated healing powers. Given the R-rating for the film, many fans are expecting the Wernick and Reese screenplay to be very inline with the comic version of the character, mouth and all.

The movie about New Coke is just one of many upcoming projects for the writing team or Paul Wernick and Rhett Reese. The writing partners have also written screenplays for Cowboy Ninja Viking (which attracted the attentions of Chris Pratt), Micronauts, Venom and Watch Dogs. Deadpool, one of Wernick and Reese’s most recent screenplays, is just past the halfway point in filming in Vancouver, British Columbia and is scheduled to be released into theaters on February 12, 2016. No word at all on when we might see this New Coke movie in theaters, but if they've just now optioned the rights to the story, expect it to take several years.